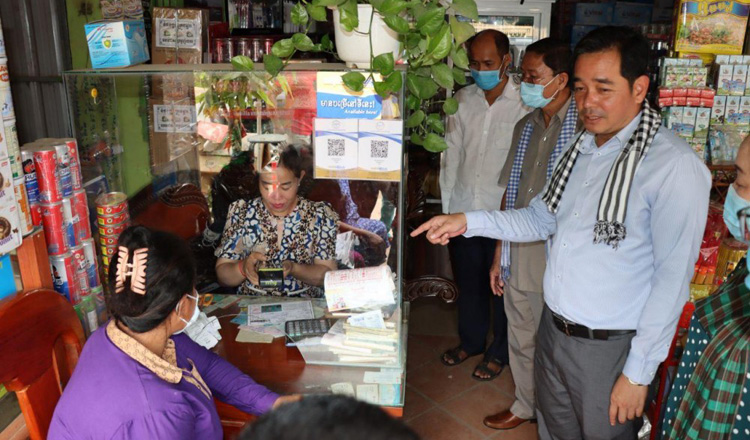 The Ministry of Economy and Finance has announced that the government has so far distributed $78 million to poor families suffering from the pandemic.

Minister Aun Pornmoniroth said in a statement yesterday that in order to prevent the impact of the virus on the economy, the government has introduced effective intervention measures which focus on supporting the livelihoods of the poor and the most vulnerable as well as maintaining the balance of business in preparation for post-COVID-19 economic recovery.

“The government launched cash support program for poor and vulnerable families has helped support livelihoods nationwide – distributing over $78 million to those in need so far,” he said.

“Meanwhile, the government continues to monitor the impact of COVID-19 on the poor and is ready to implement more social assistance programmes to maintain social-economic stability where needed.”

On Tuesday, Pornmoniroth also met with the head of Swiss Agency for Development and Cooperation (SDC) Markus Buerli at the ministry to announce $2.5 million of funding from the Swiss government to support short-term skills training, agricultural development and home farming.

At the meeting, Markus Buerli said that he praised the measures taken by the government to prevent the spread of COVID-19 so far.

Meanwhile, the Minister of Planning Chhay Than on Wednesday came to visit poor families in Kampong Speu province.

During the visit, he said the government was making every effort to continue to find eligible families for its IDPoor scheme in order to benefit them amid the pandemic.

He said the COVID-19 crisis has severely affected the poor and in response, the government began providing cash support from June 24.

“We have paid out three installments to some 670,000 poor families, equivalent to around 2.7 million people.

“Poor families are eligible and it is the authority’s priority to find these families and make sure they receive these subsidies amid the pandemic,” he added.

According to a statement from the Council of Ministers yesterday, the cash support programme for poor and vulnerable families, pregnant women and children under two years will be suspended for five days from September 16 due to Pchum Ben festival.