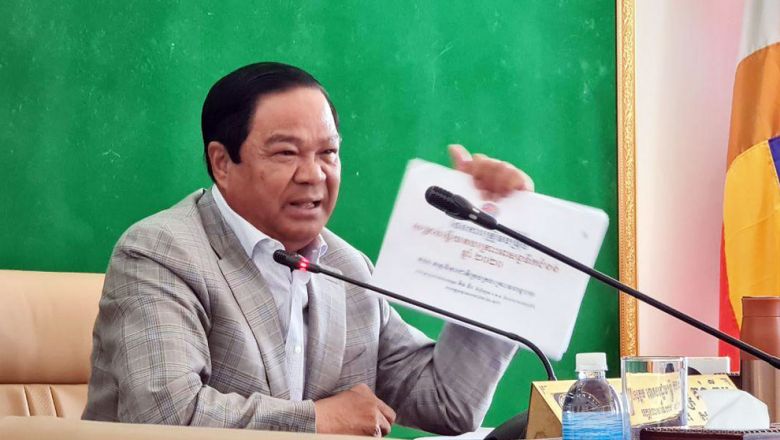 The National Committee for Disaster Management (NCDM) launched a new information-sharing system over the weekend to safeguard vulnerable citizens against floods and natural disasters amid the rainy season.

Areas along the Mekong and Tonle Sap rivers were identified as higher-risk locations.

“We must minimise risk and take action to recover after floods,” he said.

NCDM spokesman Khun Sokha told The Post on Monday that all relevant departments and authorities at all levels will be required to use the Prism system.

“We can only estimate that serious flooding is likely to occur between August and September, which is when we need to be careful. Evacuation sites and resources must be prepared,” he said.

Citing the NCDM’s assessment, he said areas most likely to be affected by the floods are along the Mekong and Tonle Sap rivers.

Sokha said although current water levels throughout the country are normal, the NCDM continues to monitor them regularly to ensure that an emergency can be declared at the earliest possible moment.

Lover Environment and Society Association president Chum Hout said in the past, locals did not have much access to information when a flood occurred.

He said if sub-national and national authorities do not collaborate, the same problem may occur again.

“Previously, officials at the ministry-level relied on the sub-levels without directly inspecting areas. So when people are suffering, it [the response] won’t be effective. Some gaps led to repeated cases of citizens suffering,” he said.

Hout said to reduce and prevent the risk of flooding, the authorities must inform people living in flood-prone areas promptly and take appropriate rescue measures.

He said if the new measures put forward by the NCDM can be implemented, the floods can be addressed. He said infrastructure in vulnerable areas should also be developed with possible floods in mind.

Last August, nearly 8,000 families and some 8,000ha of agricultural land in eight provinces were affected by flooding and strong winds.

The provinces were Battambang, Kampong Thom, Kep, Koh Kong, Mondulkiri, Preah Sihanouk, Kampot and Ratanakkiri, with the last three being the hardest hit.

The NCDM said at the time that 7,999 families, 6,898 houses and 5,447 animals were affected. Flooding affected some 8,000ha of paddy fields and other crops while some 300ha suffered moderate damage.