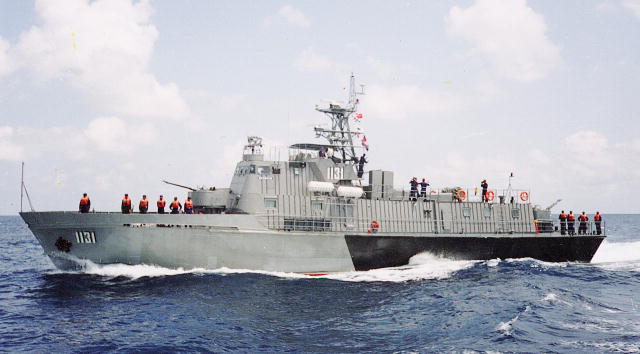 The Royal Cambodian Navy and the Vietnam People’s Navy held their 59th annual joint maritime patrol on the historical waters of the two countries on June 23-24.

Joining the exercise were Ship 253 from Region 5 of the Vietnam People’s Navy and Ship 1144 from the Naval Base of the Royal Cambodian Navy.

The two sides coordinated to carry out the following tasks of fighting piracy, drug smuggling and trafficking, illegal immigration, arms trade, as well as hand flag and signal lamp training in line with the International Code of Signals (ICS).

The joint patrol is to safeguard security and order, and maintain a peaceful and stable environment in the historical waters of Vietnam and Cambodia, creating favourable conditions for the peoples of the two countries to do business and develop their economy.