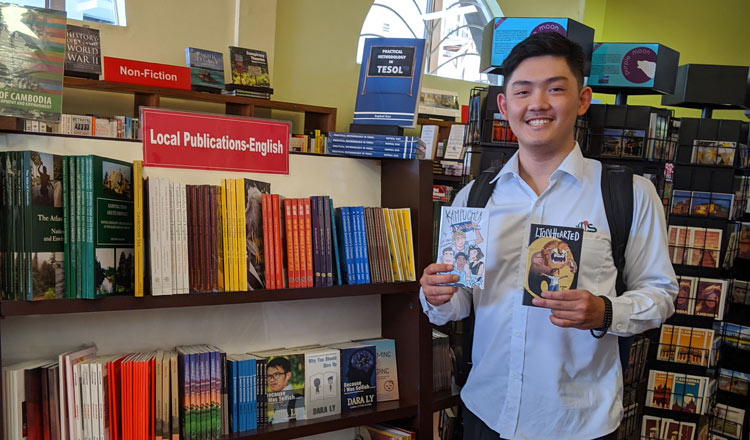 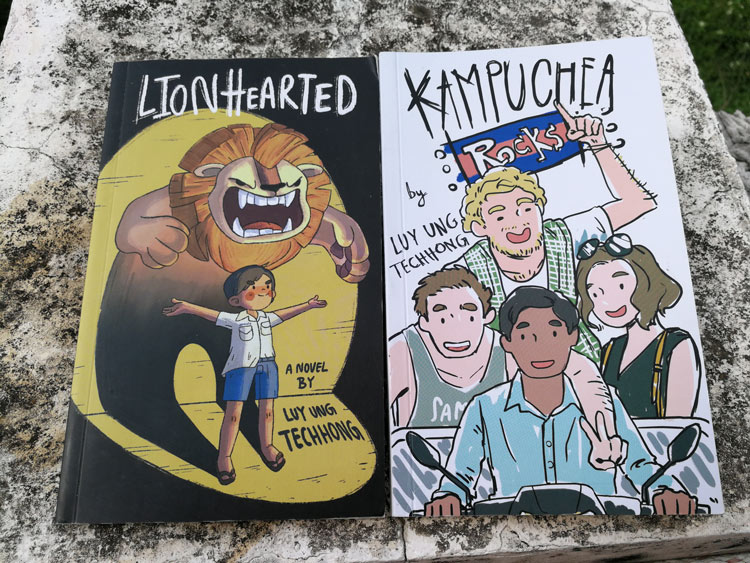 Nowadays, creativity is an important tool that shapes the unique characteristics of a human. Luy Ung Techhong, a 19-year old student self-made to become one of the prominent writers in the Kingdom by making creative content in his short story novel. Srey Kumneth of Good Times2 meets a young writer wanna-be, Techhong to discover the imagination behind his fictions.

His story begins during a school summer break in 2015, Techhong, tired of his mundane activities aside from studying remotely at home, sought to find something interesting to fill up his free time. After a few days of reflection, he reminiscing memories from his personal travels to Siem Reap and other provinces in Cambodia. Suddenly, there was a light bulb moment and the idea of writing his own fiction struck him and as they say, the rest is history.

“The book is a reflection between real experiences and my creative imagination adding a twist theme for young readers to enjoy,” said Techhong who is now studying grade 12 at American Intercon School.

Techhong’s passion for writing started when he was 15 years old. With a different approach to fiction, his style is exclusive to him. As a promising writer, Techhong did not have a mentor to guide him for a better story. However, he said to improve his fiction from one to another is essential for his development. Now two books of fiction have been published in the Kingdom. However, his style of writing remains focused on his personal experiences and creative imaginations. 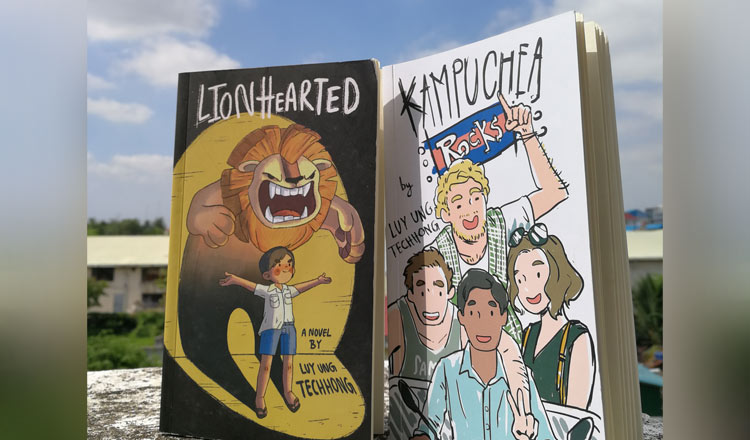 The young and passionate writer chose English over his mother tongue to improve his second language. While the process of writing the novel was by Techhong alone, he also acknowledged some shortcomings in his writing.

“I had my teacher check my writing. But because he is not an English native speaker, some mistakes occurred.,” said Techhong. He also added having a mentor is essential for him. “Sometimes you need someone to show you on which direction you can go,” said Techhong.

When asked about the difficulty to publish his books by himself, he admitted it was challenging on many levels “ Aside from writing, I have also invested my own savings for the printing cost, but it was worth every riel as it is a chance to show my creativity and imagination.”

Techhong believes everyone has the power of creativity, but many don’t know how to unlock it. Currently, he said his creativity is improving every day as he keeps practicing his writing skills.

Last year, Techhong’s fictions were sold at the Cambodia Book Fair and National Reading Day which he said was a great experience for a promising writer. His books are available in Phnom Penh’s leading bookstore Monument Books. He also revealed to GT2 to be working on his third fiction. “I enjoy using my free time to write, I care about my readers and hope they feel inspired by reading my book,” said Techhong. Khmer Times