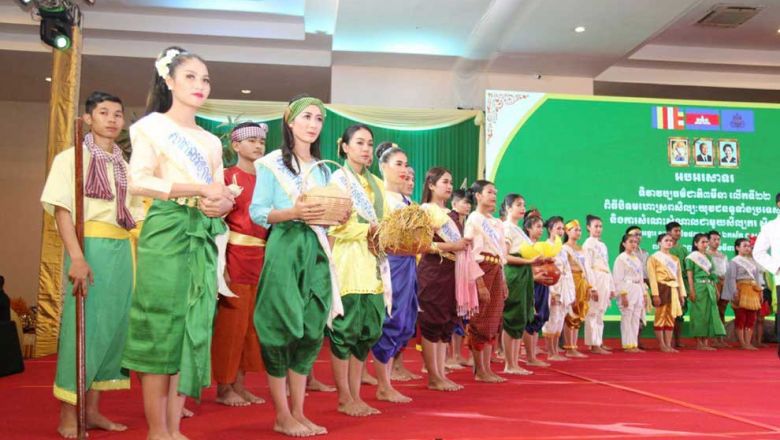 The Ministry of Culture and Fine Arts has instructed the Royal Ballet and Khmer classical dance form organizers that perform nationally or internationally to work closely with it and provide concise reports on the concept, purpose, place, and environment before any event to prevent performances that undermine Khmer values and national honor.

The Royal Ballet, or Khmer classical dance, was registered as a Unesco intangible cultural heritage of humanity in 2003, said the ministry in a press release obtained by The Post on Thursday.

Historically it is from the Angkor Empire period, where it was a holy dance offered to deva (deities) to pray for happiness for the nation and the people.

On March 3, Prime Minister Hun Sen slammed the performance of the Royal Ballet in Singapore as an affront to Khmer culture and tradition which insulted the royal family. He has since ordered immediate action against individuals behind the events.

The press release said the ministry had observed several organizations, associations, arts groups and individuals who were using this form of dance while failing to conduct it properly.

The press release said this belittled the value of the Royal Ballet and if not done correctly, would harm the reputation of the entire nation.

“The ministry calls on all who are performing Royal Ballet inside the country to be aware of proper conduct. They should know and understand the role and placement of the dancer and the values associated with this piece of heritage that is the legacy of our Khmer ancestors,” it said.

Ministry of Culture and Fine Arts secretary of state and spokesman Long Ponna Sirivath told The Post on Thursday that the letter is first to inform all associations, organizations, artists, and stakeholders.

The ministry will then summon those involved for relevant education in the matter so that they can accept government recommendations and act on ministry instructions.

“In the past, such wrongdoing was easily committed, but in the future, this has to be prevented. We must promote what is right and explain what is wrong or our national society, culture, and tradition will be at stake,” he said.

Khmer Artist Association president Chorn Chanlakhena said on Thursday that she supported the ministry and government’s actions because previously, there had been improper performances of the royal dance.

She said that this had to stop, and supported the dissemination of education on acts that affect or belittle the honor and values of the Royal Ballet.

“The relevant authorities should take educational measures and action against individuals who do not understand the value of the Royal Ballet,” she said.