Government Ready to Declare State of Emergency After Law is Signed 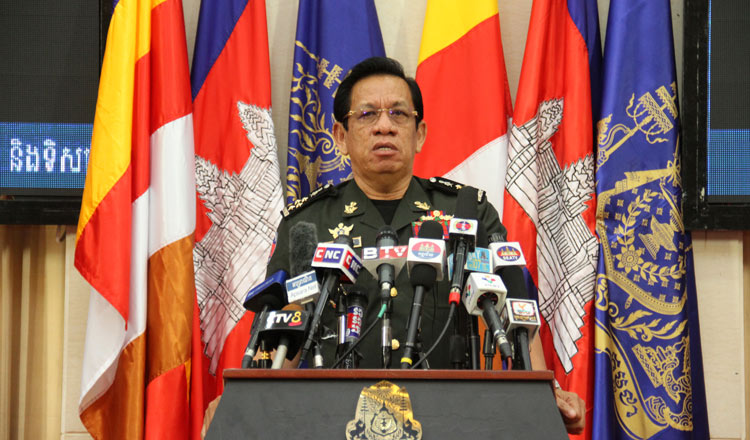 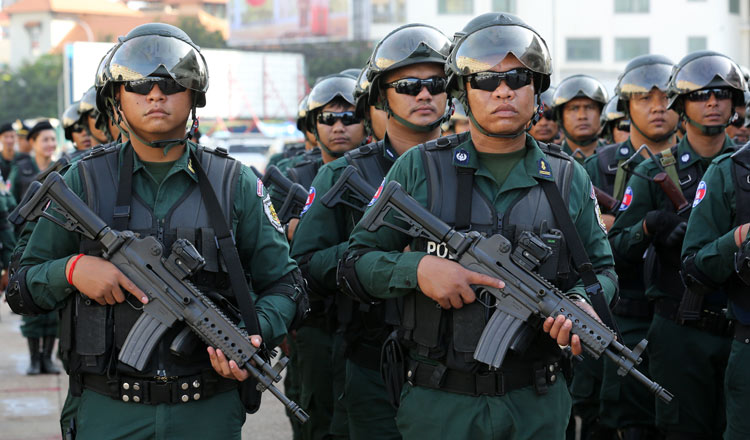 The government will take no longer than 30 days to implement a state of emergency once the bill is signed into law. Soldiers are already on standby to ensure security and help citizens.

The time frame to put the declaration of emergency in effect will depend on the COVID-19 situation in the Kingdom.

To date there are 110 confirmed novel coronavirus cases and government spokesman Phay Siphan said a state of emergency with soldiers deployed must be implemented soon before COVID-19 spreads out of control.

Mr Siphan yesterday during a press conference said: “The law needs to be passed by the National Assembly and Senate and final approval by the King. The need for this law is urgent and [a state of emergency] would not last longer than 30 days.”

“We have already decided this law would be active for no longer than 30 days – this law is very important because we do not know how serious the situation is,” Mr Siphan said. “COVID-19 could be more serious. The armed forces are needed to maintain security.”

The State of Emergency draft law is currently being fast-tracked for approval, skipping the Council of Minister deliberation. King Norodom Sihamoni left for a medical checkup in China earlier this week and Acting Head of State Say Chhum is expected to sign on behalf of the King.

The draft law was written earlier this week during a closed-door inter-ministerial meeting led by Prime Minister Hun Sen.

According to the draft law, the 11 articles of the law are divided into five chapters.

It noted the government would have the right to impose several measures, including the prohibition or restriction of freedom of movement, right to freedom of gathering of people and work or occupation.

In a statement, HRW said the law would allow the government to restrict all civil and political liberties and target human rights, democracy, and media groups.

Justice Ministry spokesman Chin Malin said yesterday the draft law is being studied ahead of a National Assembly vote.

“The law is not strange, it is a law just like any other country has passed – we won’t be too different from those other countries,” Mr Malin said. “We are studying the law’s mechanism, theory and principles of regional and international human rights consistent with Cambodia’s context.”

Mr. Malin said the law would focus on maintaining public order during emergencies.

“The State of Emergency Law gives power to the executive body to take all necessary measure for the nation, including prohibiting or restricting the freedom of movement, the right to maintain public order and security,” he said.

The draft was written despite the Kingdom’s Article 22 of the Constitution which states: “When the nation faces danger, the King shall proclaim to the people, putting the country in a state of emergency after agreement with the Prime Minister and the President of the National Assembly and President of the Senate.”

“If the government does not have a [state of emergency] law, how can we implement [Article 22],” Mr Siphan said. “After the National Assembly adopts the law, we will invite the Justice Minister to clarify.”

“Putting the nation under a state of emergency is the final option. If we need to evacuate villages or districts only soldiers would do so,” he added.

Mr Siphan also denied speculation that King Sihamoni left the Kingdom on Wednesday for Beijing because he did not want to be involved in the law.

“Please do not blame His Majesty the King because he had a schedule [to visit China],” he said. “If the King is absent, [Mr. Chhum] will become Acting Head of State so he will have the right to approve the draft law.”

“It is not just Cambodia that has this law. The UK, France […] ASEAN states all have it and Indonesia, Brunei, and the Philippines have implemented [state of emergency measures],” Mr. Siphan said. “As of April 1, there were 18 countries that declared a state of emergency because of COVID-19. Cambodia is a rule of law country – we need that law.”

Defence Ministry spokesman General Chhum Sucheat yesterday said the Royal Cambodian Armed Forces are ready to be deployed during a state of emergency.

“On behalf of all soldiers, we wish to say the armed forces are standing with the people – we are the frontline forces and backbone of the government in protecting people in all circumstances,” Gen Socheat said.

“When the government announces [a state of emergency], we will show up, day or night. Please have confidence in government leadership,” he added. “We are ready to use the armed forces to implement the government’s order.”

“We adhere to the principle of protecting the safety, happiness, and progress of our people,” Gen Socheat said. “We are willing to die to implement the order. If they can’t follow the order, they won’t be soldiers.” Khmer Times