The Cambodian government on Wednesday established a national committee for combating the COVID-19, according to a decision signed by Prime Minister Samdech Techo Hun Sen.

Led by Hun Sen, the committee comprises key officials from various ministries including the army, the national police, the national military police, and governors of all cities and provinces across the kingdom.

The National Committee has duties to set national policy and strategy related to the fight against the COVID-19 and control the impact of the virus on politics, economy, and society at national and international levels

The committee is obliged to direct the implementation of the strategic plan in preventing, containing and controlling the spread of the virus.

According to the decision, the committee will function until the fight against the virus is over.

Cambodia has so far recorded a total of 35 confirmed cases of the COVID-19.

The Chinese patient had recovered and returned to China, as the rest have been placed in isolation rooms at designated hospitals for treatment, she said.

China donated 2,016 fast test kits for COVID-19 to Cambodia on Tuesday to help the kingdom fight the virus, Vandine said, adding that other donated items such as protective suits, medical face masks, and medical equipment will subsequently arrive in Cambodia. 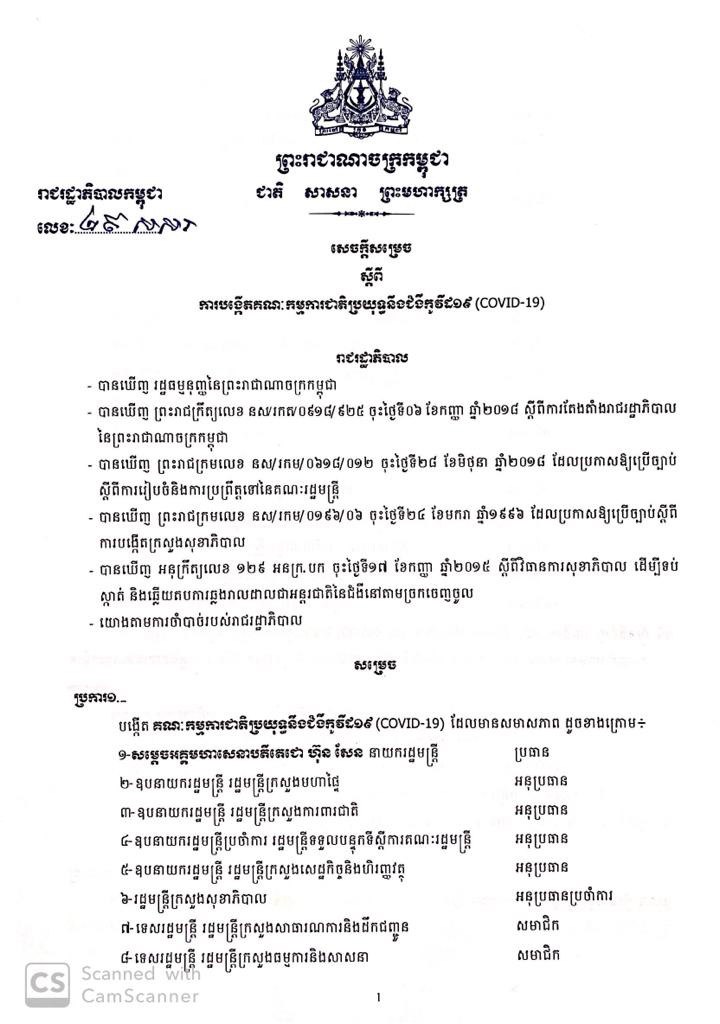 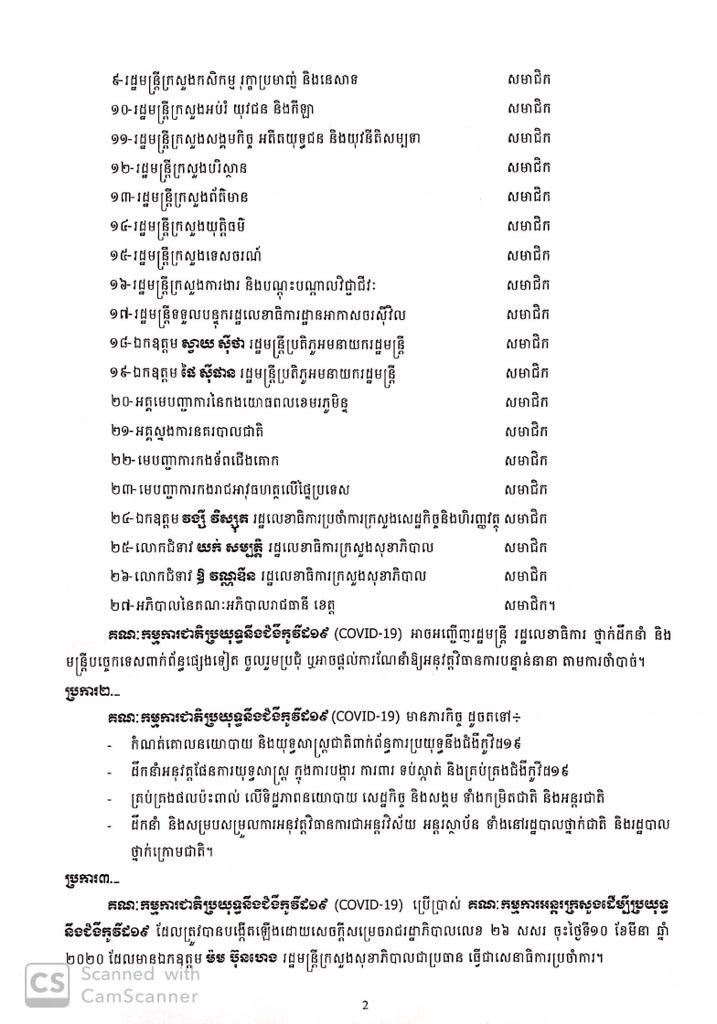 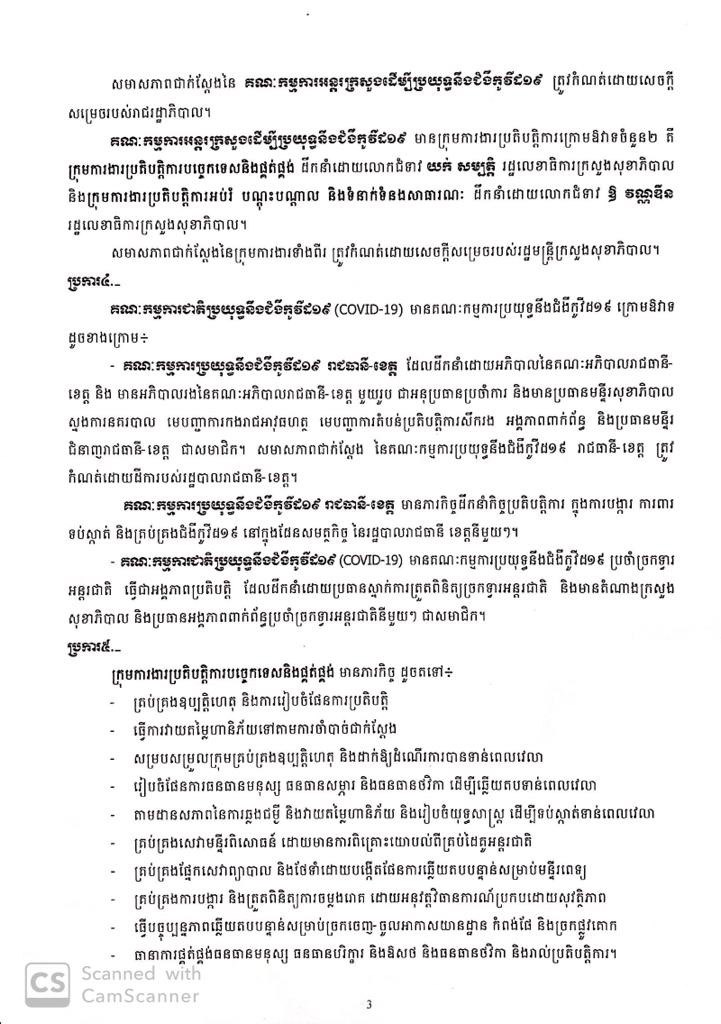 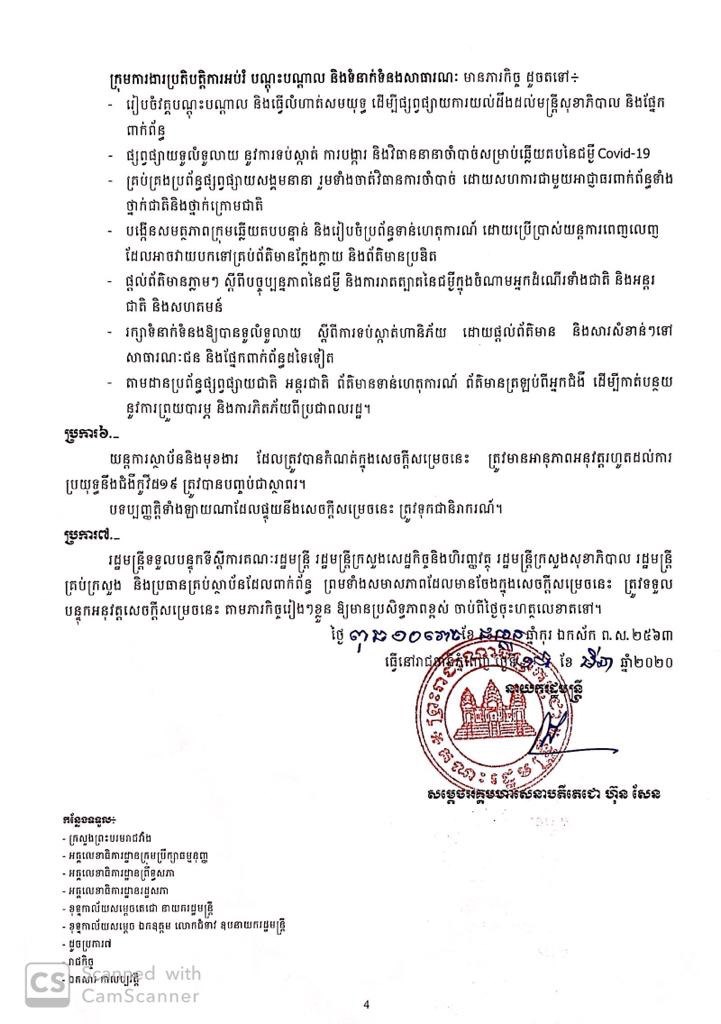