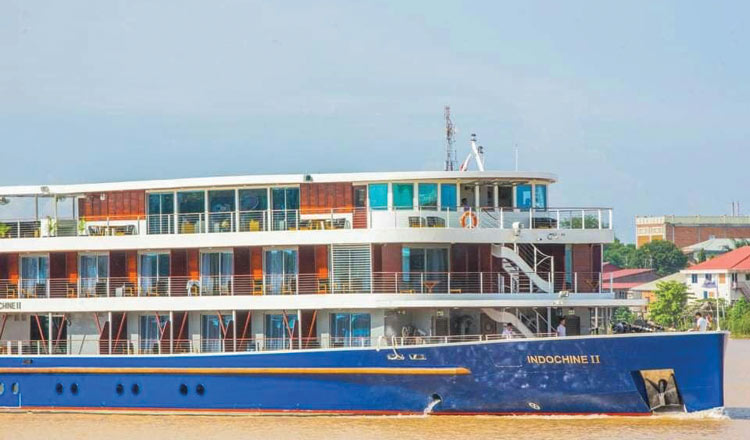 Three river cruise vessels since yesterday remain stuck in Vietnamese waters after they were denied disembarkation and docking due to fear of the COVID-19 outbreak, one of the vessel managers said.

The vessels are Idochine with 37 passengers onboard, IdochineII with 34, and Toum Tiou II with six people, according to Mr Soben.

Mr Soben said another vessel named Lan Diep arrived in Vietnamese waters on Saturday and managed to allow 26 passengers to disembark when no restriction was imposed by the authorities.

He said Lan Diep reached the Kingdom’s waterway yesterday, while three others are waiting to have their customs documents cleared in Vietnam.

“One ship which carried no passengers, has already entered Cambodian waters and three others remain there,” he said.

Yesterday, Mr Hun Sen ordered Mr Chanthol to intervene and help the four river vessels to dock in Vietnam’s water after one of the cruise ship managers requested help from him.

“The [three] cruise vessels are now stuck at Vietnam’s water border,” he said.

“We are now negotiating with the Vietnamese officials, asking them to allow the vessels to dock in Vietnam,” Mr Sotheavuth said.

He said passengers were from the US, France, Russia, Denmark, Switzerland, Canada and Cambodia.