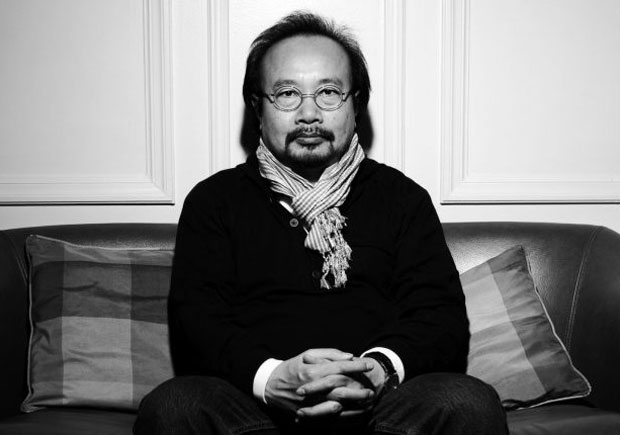 Cambodian helmer Rithy Panh’s Berlinale main competition film Irradiated is a documentary about people who have survived the irradiation of war, simultaneously telling a cautionary tale of violence. Panh sat down with Cineuropa to break down the movie.

Cineuropa: Were you inspired by the work of Jean-Luc Godard in how you structured Irradiated?
Rithy Panh: Me? Oh yeah. Yes. Yes, maybe.

It’s because you make use of the three-way split screen, the narration and the connecting of images to express the story, rather than actually telling it.

Yeah, but he is better than me, especially in his reflections about philosophy, about aesthetics, about cinema. He is an encyclopedia. I appreciate the way he reflects on the images. What is an image? Especially today, when all the big filmmaking studios work with blue and green screen. It’s fine to have this kind of entertainment, but we also need to preserve cinema.

Your previous films highlighting what happened in Cambodia talked about something rarely discussed in cinema. Now you have broadened your perspective, dealing with the dropping of nuclear bombs in Japan. Why did you feel it was necessary to turn your attention to this?

In Cambodia, cinema is a little bit better now than it was a few years ago because, since the fall of the Khmer Rouge, 45 years have passed, and a new generation has emerged during this time, who have started to tell their stories. They are very much influenced by the movies of Apichatpong Weerasethakul and Wong Kar-wai. And it’s good that they’re making films. But for my generation, there were very few people making movies. This was because the Khmer Rouge killed most of us from this generation. And so we try to use cinema in a way that reveals our identity and our history, and Irradiated is not only about the bomb, but also about the consequences of extreme violence. You can see World War I, World War II, violence against Jewish people, the Khmer Rouge and Vietnam. The film is about what it means to suffer extreme violence, how we can overcome that and how we can try to move forward.

You make use of a triptych, showing the same images three times across the screen. Why did you choose to do that?

It’s because I wanted people to look more than once, to look two times or three times. After all, today, everything goes so fast. The truth has died because everything is going so fast; all that remains is lies.

So the use of three images ensures that audiences can’t look away, even when you show death and brutality?

Yes. Look, I understand that if people see some of these images, it will be too hard for them to sit through, but I tried to do my best to keep them watching. We need to watch now, to watch real images and reflect, because big media changes the images every ten seconds, you know? It’s like the coronavirus – it changes every ten seconds, and it’s designed to create panic. Why? Well, tomorrow no one will follow it up; no one thinks about what the real impact is of what happened, and that is why filmmakers like Godard are very interesting, directors who ask us to reflect on images and their meaning. I think that film festivals have a job to do that – not only to use the festival to shine the spotlight on glamour, but also to ask the new generation to think about politics in film. cineuropa.org