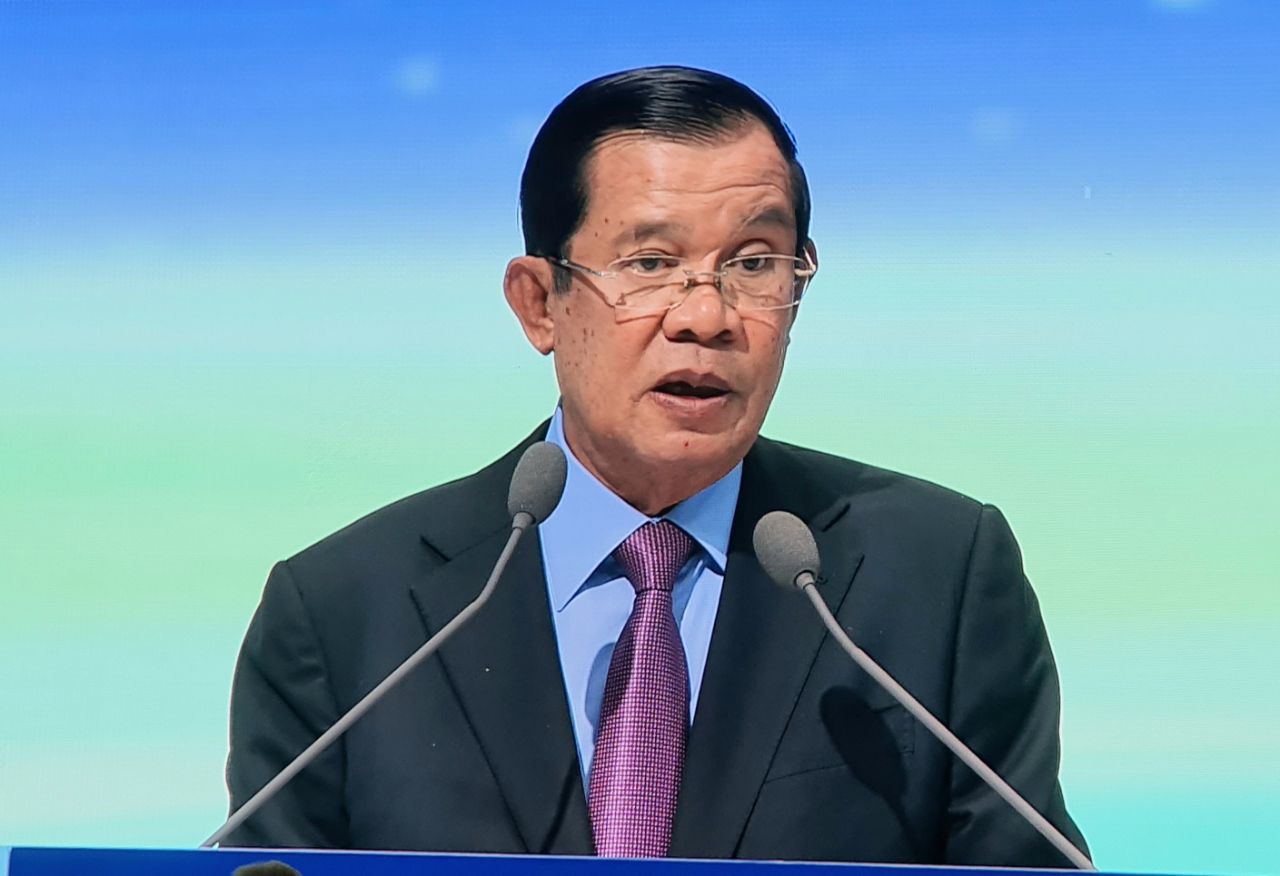 The European Union (EU), which might decide to partially suspend the preferential trade system EBA (Everything But Arms) from Cambodia, considers that as a sanction being imposed on the Phnom Penh Government. But my view is the opposite. I think this decision will definitely offer Prime Minister Hun Sen a golden opportunity with «Special Gift».

That Gift is tantamount to “Raising the Status of Prime Minister Hun Sen”. Why do I dare to make such a firm assertion? There are a number of possible logical reasons that could prove it:

First of all, it is worth noting that when currently the EBA is fully effective, the EU may still have the pride to speak out or demand this or suggest that from Prime Minister Hun Sen-led- Government. However, when the EBA is partially suspended, though not wholly, the EU will no longer be able to exert any influence on the Cambodian Government. And if I put this assertion in terms of football rule, such suspension of EBA is tantamount to allowing Prime Minister Hun Sen a “Five Free Kick Penalty without Goalkeeper.”

So, what are the five free kicks that Prime Minister receives from the European Union?

First: Prime Minister Hun Sen has every logical reasons to explain to the local people about the EU unfair act of using a double standard regarding the value of democracy and human rights. The reason is that the EU, which has always used democracy and human rights as the core value of its international relations, has suspended the EBA from Cambodia while at the same time has signed a free trade agreement with Communist Vietnam. And on this point, everyone could clearly understand what and how the EU is behaving. In the same vein, the Hun Sen Government will also have another main nationalistic reason relating to the importance of defending the national sovereignty in order to win the heart and mind from Khmer people to continuously lend their stronger support for the ruling party because the words, democracy and human rights, which the western world keeps mentioning, are nothing but only as an excuse to exploit small countries and especially as a shield to interfere in the internal affairs of other countries.

Second: This EU decision will further aggravate the poor relationship between ASEAN and European Union Bloc because the latter must bear in mind that «Before reaching any agreement with EU, ASEAN needs a Consensus. » However, currently more than 50% of ASEAN member states are dissatisfied and in dispute with the EU. Those countries include Malaysia, and Indonesia over palm oil issue; the Philippines over human rights issues due to the Duterte’s anti-drug campaign, and Burma over the Rohingya case and etc. Now, the European Union has provoked another problem with Cambodia which will further deteriorate the ASEAN-EU relations.

Third: On local politics, the Phnom Penh Government will enjoy the full liberty to enforce the rule of law at least on three important cases: the fate of opposition party in Cambodia, the case of pro-opposition civil society and media that have committed illegal acts and abused the law and specially the decision on whether to request The Majesty The King or not to give pardon to Kem Sokha after the closure of his national treason case’s trial. Moreover, the Cambodian Government would definitely be able to strengthen the law enforcement against illegal strikes and demonstrations, anti-fake news, restriction on Lese Majeste, racial discrimination and foreign conspiracy etc…. And all these matters are the absolute rights to self-determination of the Cambodian Government, particularly, it lies in the full discretion of Prime Minister Hun Sen, which no foreigners could again play the role as mediator or could intervene like what they used to do before the EBA suspension.

Fourth: Prime Minister Hun Sen-led-Government will use this opportunity of EBA suspension to « Put the House in order and Clear the Mess by strengthening the rule of law» so as to ensure its political and economic independence. In this sense, the Phnom Penh Government will definitely strive to build up good governance, improve social justice as well as combat corruption, etc… by continuously «embarking upon the road of democracy but with Cambodian Special Characteristics » meaning that the EBA suspension becomes a driving force to push forward both the local reform and the momentum of Cambodian economy.
Most importantly, based on the extensive and practical experiences learnt over the past 41 years of the Cambodian People’s Party, particularly Mr. Hun Sen, in successfully ruling and leading the country to overcome all challenges and obstacles such as the international political and economic blockade right after the country’s liberation in 1979, then the two waves of world economic and financial crisis that impacted in 1997 and 2008, etc… coupled with the two phrases that Mr. Hun Sen keeps telling the local people ever since this country and her people had nothing up to these days that they have everything, that «Hun Sen and CPP are always standing by the side of the Cambodian people during the hard and difficult times » and «have never left them behind even once.» And with these historical truths and assertions, the general population could easily place their confidence and trust and lend their support for Prime Minister Hun Sen to build a national movement under the spirit of «Not trading national sovereignty for foreign aid».

Fifth: As far as the geopolitics is concerned, the EU decision will further push the Phnom Penh Government closer to China, while the latter is expanding its geopolitical influence to the Asia-Pacific region, with Southeast Asia as one essential target of this superpower, China. Cambodia is already a close friend to China. As a matter of fact, Chinese President Xi Jinping recently announced that «Cambodia-China Friendship is an Iron Friendship». During the latest visit of Prime Minister Hun Sen to China on February 5, 2020, Mr. Xi Jinping had again underscored that «Cambodia is China’s true and loyal friend» since Prime Minister Hun Sen visit took place at a time when China is facing with the crisis of Novel Coronavirus outbreak.

In response to Mr. Hun Sen’s sympathy and presence in Beijing during this most difficult and hard time, «China has decided not only to maintain its existing investment projects in Cambodia but also has pledged to send more Chinese investors to Cambodia and also to continue to provide more assistance in line with Cambodia needs ».

To make the matter short and easy to understand, the EU decision has certainly provided Prime Minister Hun Sen-led-Government more opportunities to further deepen its ties with China. Consequently, please do not blame or put the fault on PM Hun Sen, because between the EU conditional aid coupled with interference in the internal affairs of recipient state and the unconditional Chinese aid; it is clear that no one will ever deny the Chinese aid.

The above-mentioned reasons are proven fact that the European Union, which might decide to partially suspend EBA from Cambodia, is the most mistaken and unjust decision in the context of our multipolar world. And this very wrong EU decision will, in one way or another, contribute to losing its position in Southeast Asia in general, and in Cambodia in particular.
With regard to Cambodia’s local politics, this EU wrong decision could not be a pressure on the Cambodian Government. On the contrary, this will be turned into a baton that will hit hard on the opposition.

Whereas for the Cambodian Government, through this EU wrong and unfair decision, Cambodia will become a more independent state, free from any foreign pressure. And at the same time, Cambodia will also use this occasion to stand on its two feet. In other words, «Prime Minister Hun Sen’s Status will be raised higher by the EU’s wrong and unfair decision to suspend EBA from Cambodia».