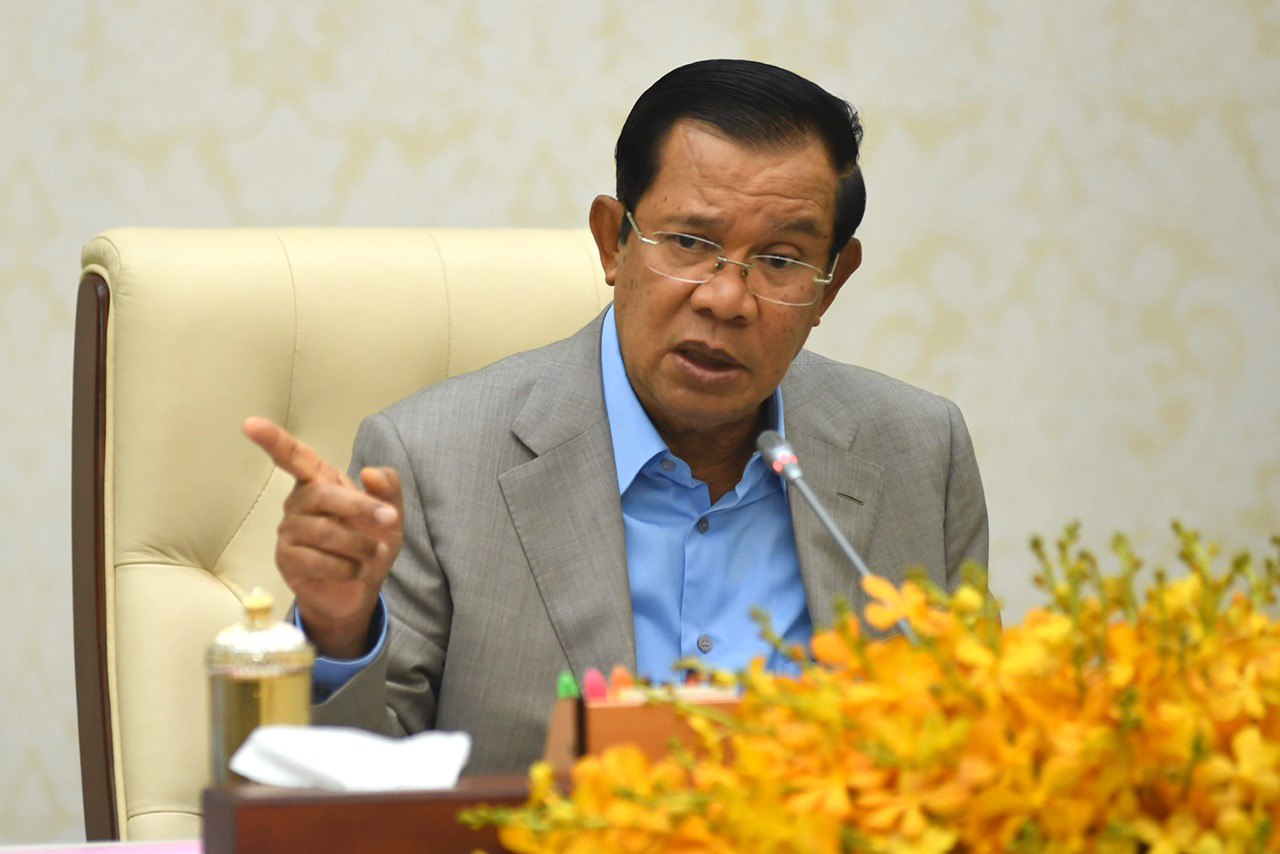 Cambodia’s leader urged people Thursday to remain calm about the new virus from China while threatening to kick out reporters or officials seen wearing a face mask.

Prime Minister Hun Sen said in a live televised address that people should not be scared because the real illness they faced was fear, based on inaccurate information on social media.

“The prime minister does not wear a mask, so why should you be wearing a mask here,” he said.

Hun Sen, who very actively posts on Facebook, was critical about misinformation about the virus on the social media site.

He said the scarier illness was the irresponsible sharing of stories online that caused people without understanding of the virus to panic.

Hun Sen appeared to be referring to unverified social media reports about sicknesses and deaths from the virus in Cambodia. The Southeast Asian country has reported one confirmed case, a Chinese man who traveled from the city hardest-hit by the outbreak.

Hun Sen also announced he would not ban direct flights between Cambodia and China, saying that would disturb relations between them and hurt the economy of the country, which hosts many Chinese investors and tourists. People should not discriminate against the Chinese, he said.

China’s own efforts to curb travel were an effective measure against the disease, Hun Sen said. Several foreign airlines have cut or stopped flights to China on their own initiative.

Beijing is the main foreign supporter of Hun Sen’s authoritarian government, supplying major amounts of aid and investment. Cambodia in turn supports China’s position on issues such as the South China Sea, where Beijing’s territorial claims overlap with other governments.

Hun Sen turned to a traditional saying to make the point that none of his countrymen have been reported to have caught the illness.

‘We Had Already Missed the Stop He Mentioned, but I Said Nothing.’

Brad Pitt and the Beauty Trap

“Why would we need to be afraid of tiger’s dung since we are not scared of the tiger?” he said. “There is no one who died, and not a single Cambodian contracting the virus, it happened only to a Chinese man.”

The man, who had traveled to Cambodia from Wuhan, was now almost recovered, Hun Sen said.