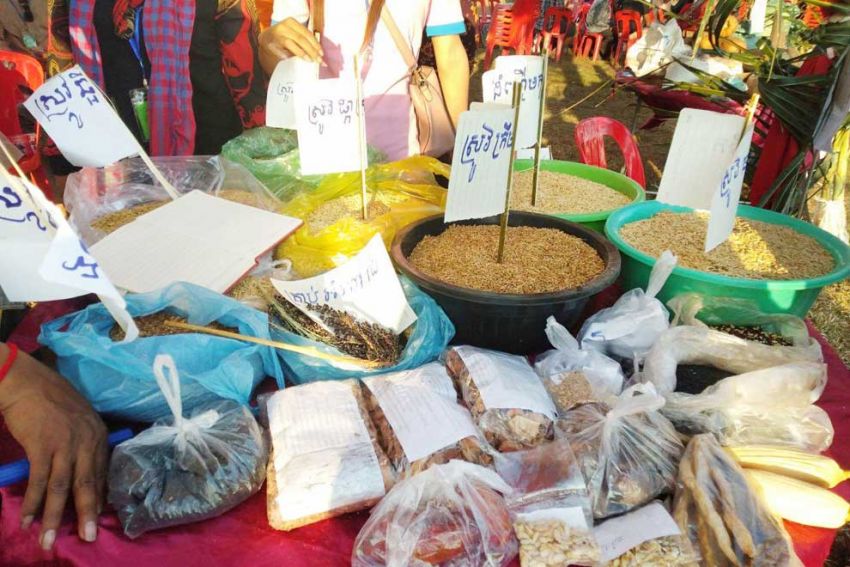 The event, which started on Monday and will conclude on Tuesday, brings together more than 1,000 farmers to promote local seeds.

The festival seeks to showcase and promote the use of hundreds of Cambodian “ancient” seeds, according to a press release for the event.

Farmers can display their products and share farming tips. The festival features art performances, workshops, contests and other events.

“There will be more than 1,000 farmers from 20 provinces joining the festival. They will exhibit their seeds and exchange ideas and experiences in several workshops. There will be art performances and more,” the press release said.

Heng Socheat, a technical expert from the Multi-Sector Network (MSN), one of the organizers, told The Post on Monday that the festival was arranged with the participation of several communities in the province.

The MSN is an association of fishing, farming and other types of communities across the Kingdom.

Khieu Khoeum, a rice farmer from Kampong Thom province, said due to rising costs, many farmers are in debt.

“The cost of farming is increasing. We need to buy seeds, fertilizers, pesticides, and water. However, the price of rice is going down, so many of us have a lot of debts and are being forced to migrate,” he said.

Siem Reap provincial Department of Agriculture director Tea Kimsoth said he was not aware of the event before his conversation with The Post as he was not informed by the organizer.

Ministry of Agriculture, Forestry and Fisheries secretary of state Hean Vanhorn told The Post that traditional seeds should not be valued more than modern, hybrid ones.

He pointed out that the ministry had introduced more than 10 types of hybrid seeds of rice to help farmers boost production.