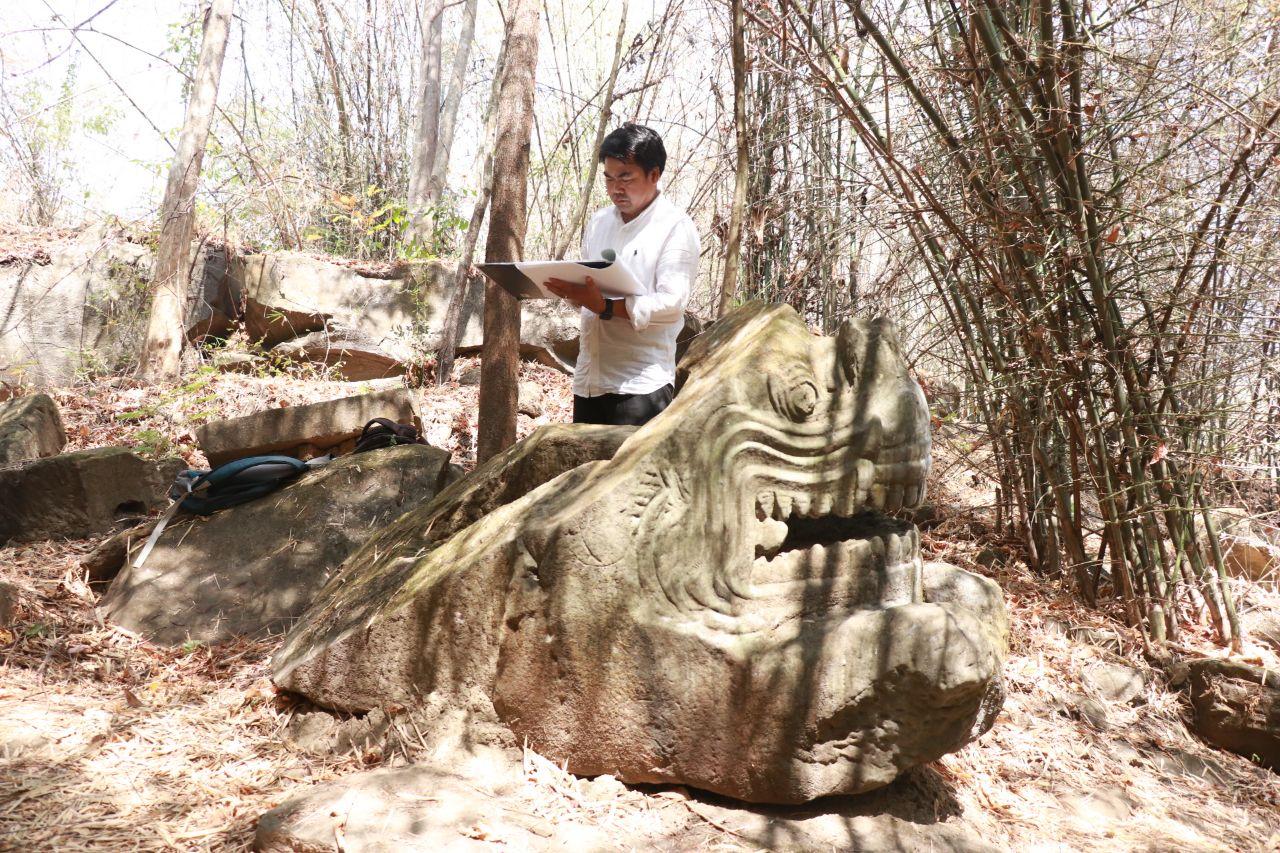 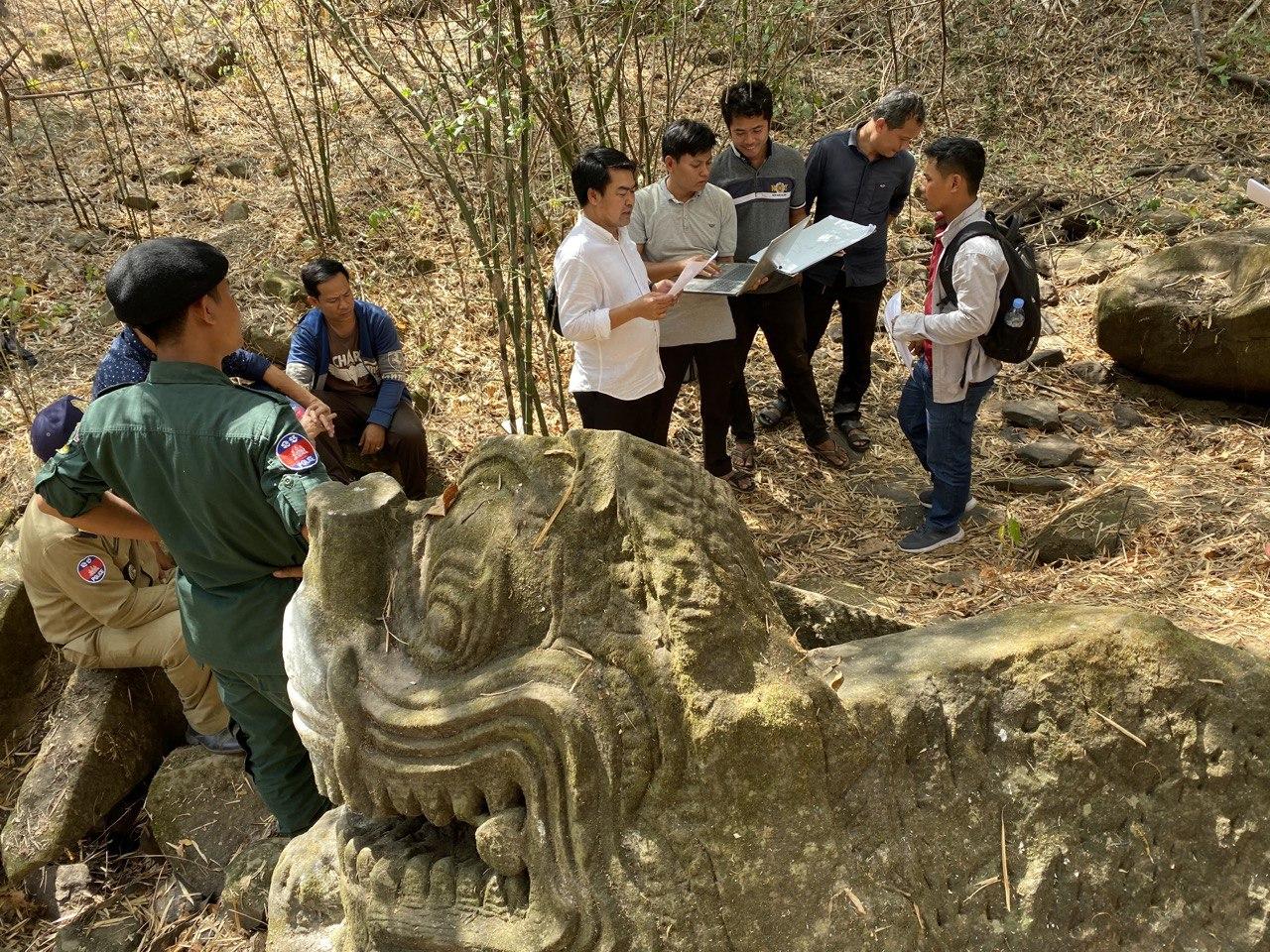 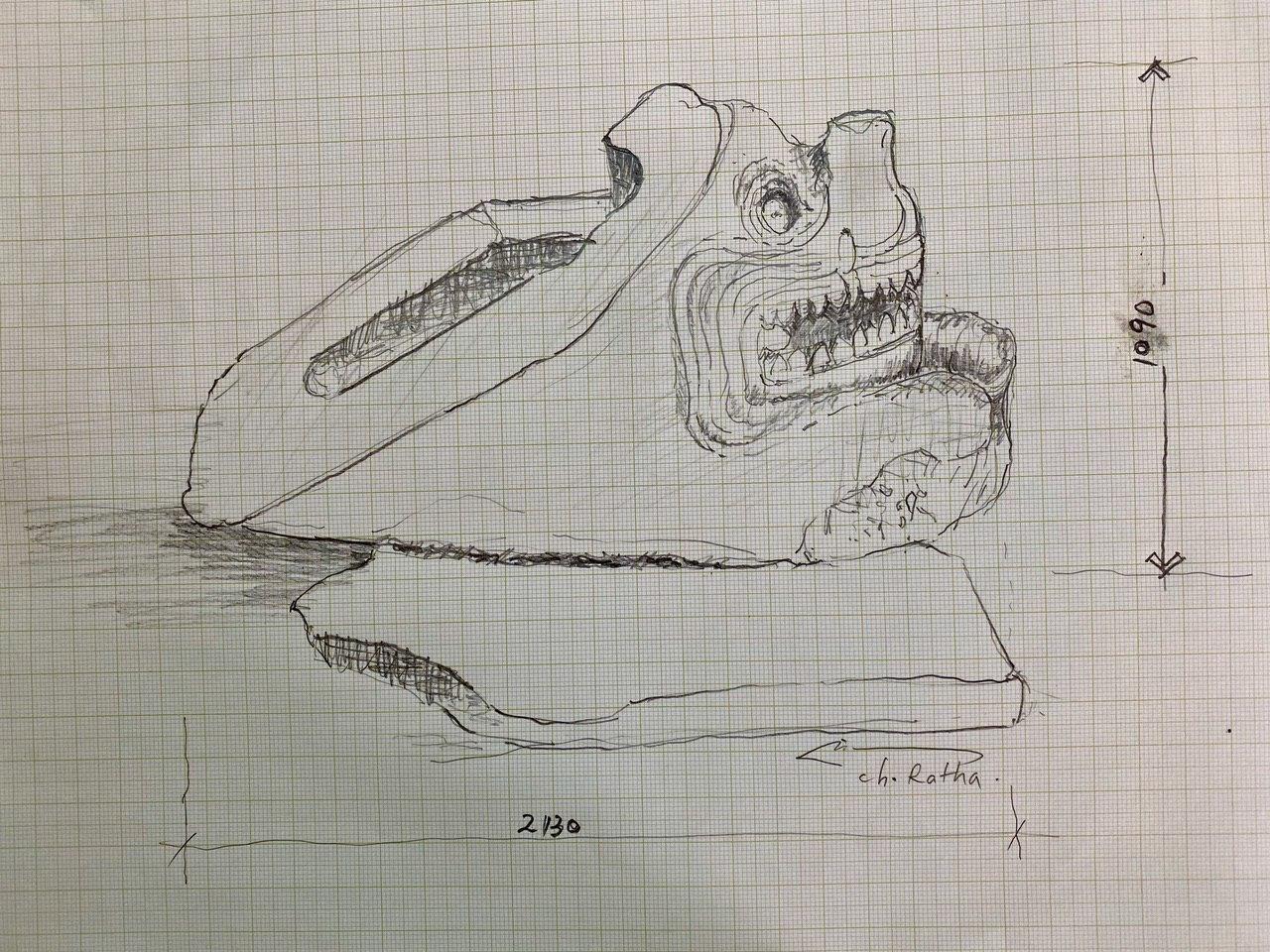 Provincial Department of Environment director Sun Kong said yesterday the head portion of the broken statue was found by a resident on Saturday and the officials went to inspect the site on Sunday.

He added that the statue was made of sandstone during the sixth century and the body was broken into pieces, noting that officials found 13 pieces of the body nearby the site.

Mr. Kong said: “According to the experts, this Makara animal statue is one that we have never seen before. It is approximately 2.14 metres in length and about 0.97 metres high. We have not yet moved the body parts or excavated the head from the site and have told park rangers in the area to guard it in order for officials from relevant ministries and institutions to come and study in detail about the site’s history and reconstruct the pieces.”

He noted that experts have not found a foundation of any temple at the site and believe it was just carved out on the rock.

Chhim Samrithy, 38, a craftsman from the province who discovered the statue, said yesterday he spotted it on Saturday while searching for bamboo. “I usually walk in the forest to look for some unique and sacred objects and suddenly spotted this rare statue,” he said. “After seeing it, I took environmental officials and archaeologists to the site and also helped to find some of the missing pieces of the statue.”

Long Kosal, Apsara Authority spokesman, said that the authorities’ archeologists visited the site yesterday and will conduct additional studies to add it to the records.

He said: “The Kulen National Park area is rich in ancient artifacts, both above and below the ground. Therefore, I urge people, especially those living in the area, to avoid excavating or clearing archeological sites. If they find ancient objects, please report to the authorities for research to be done to preserve them for future generations.” 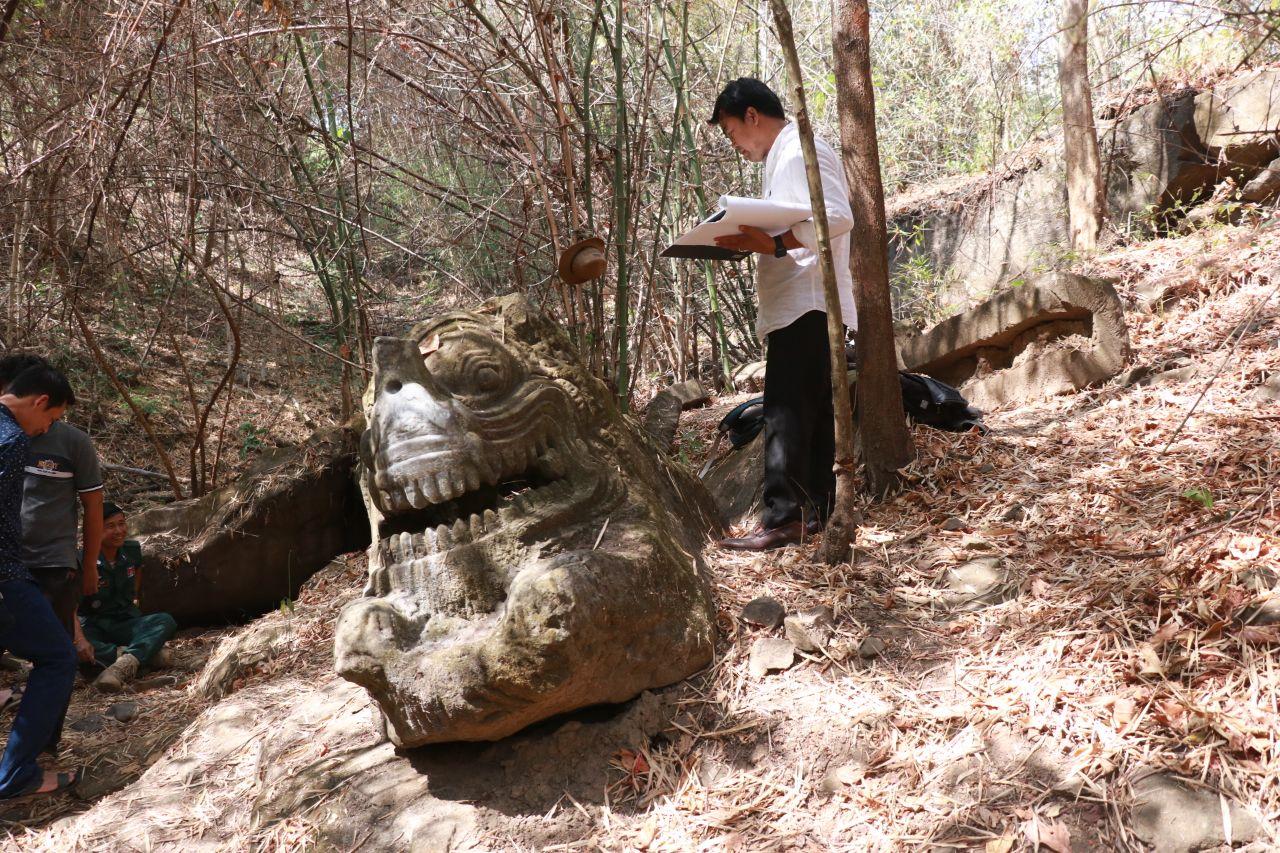 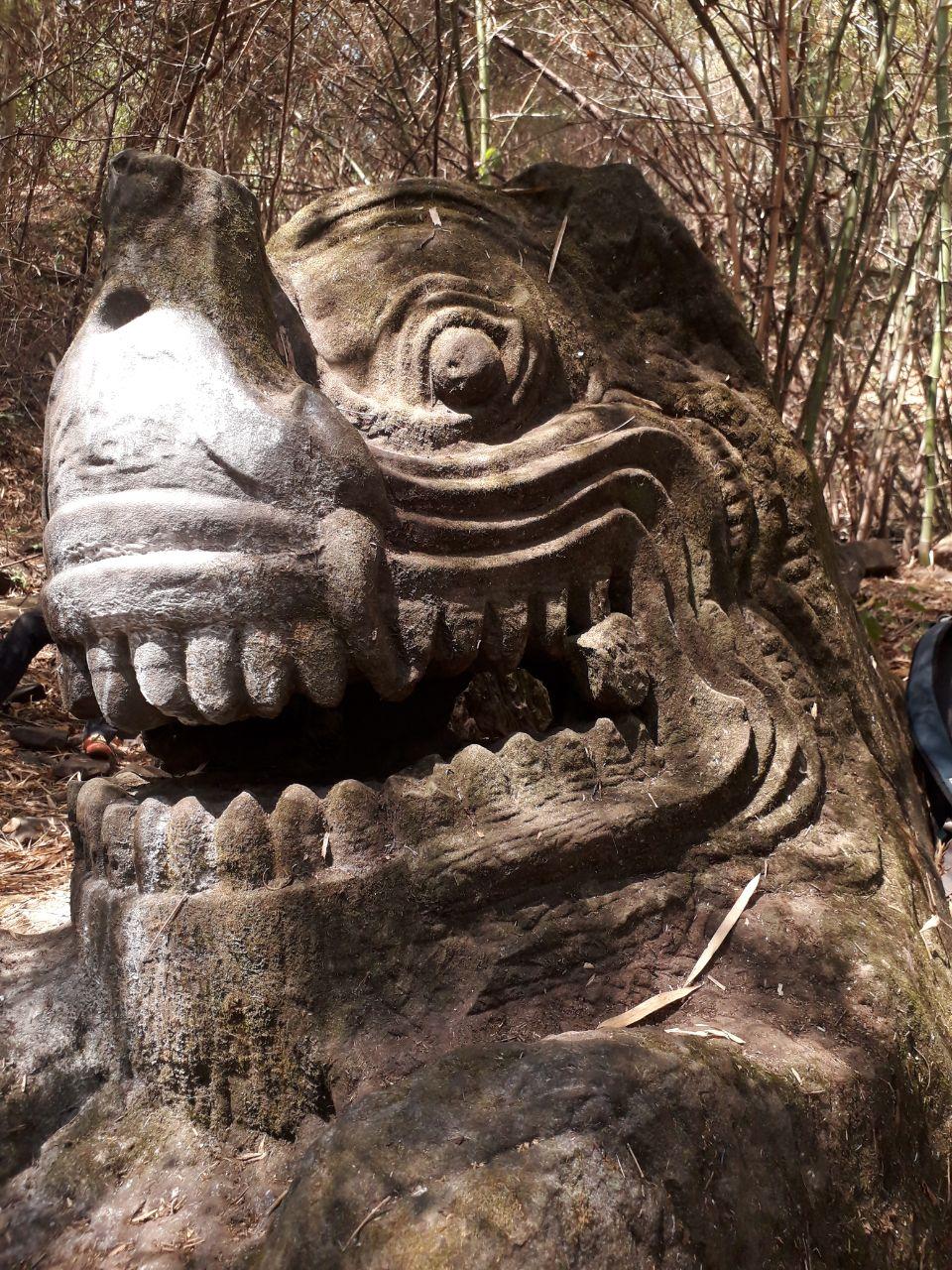