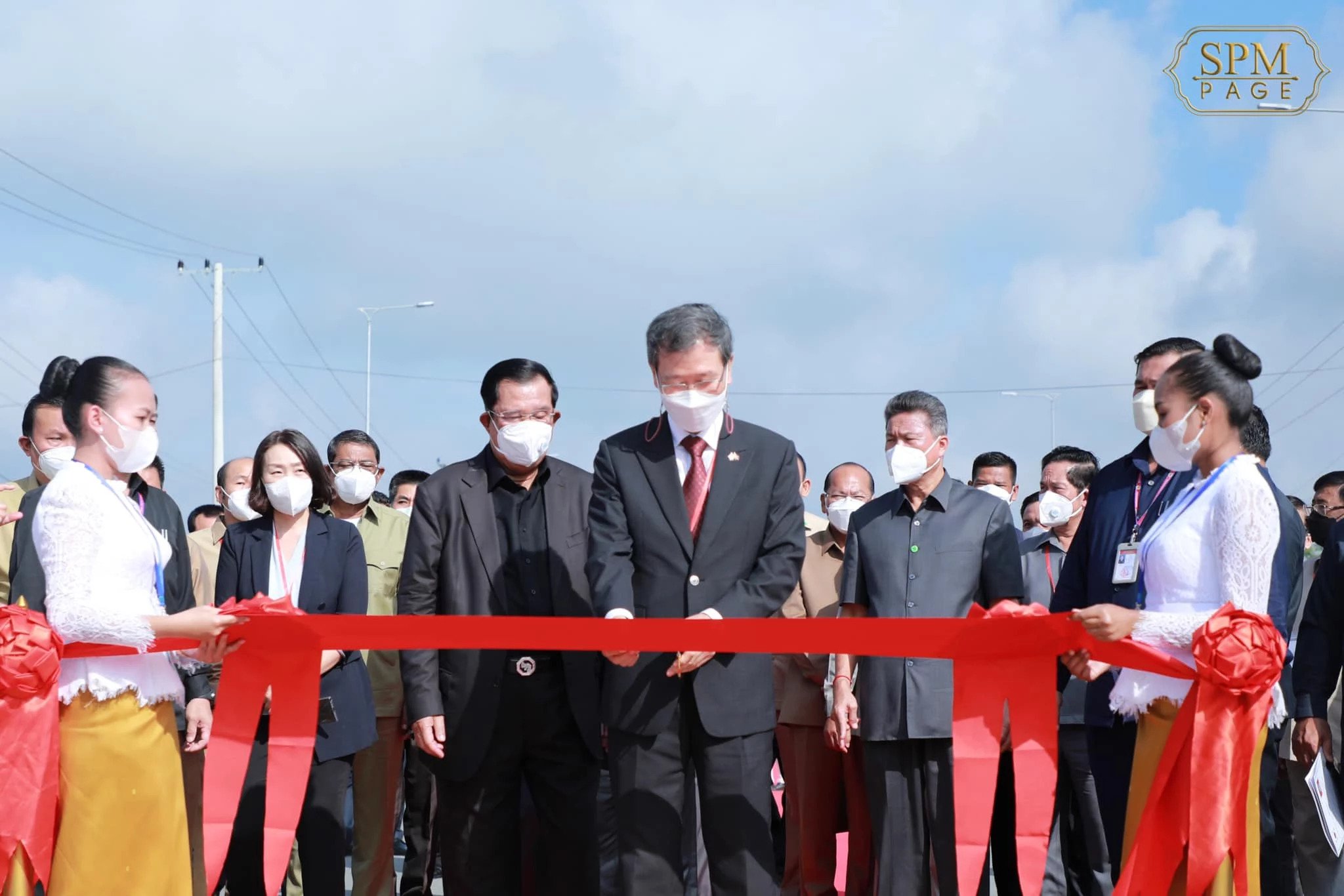 The Cambodia-Korea free trade agreement (CKFTA) and the Regional Comprehensive Economic Partnership (RCEP) will boost trade and investment between Cambodia and South Korea.

The bilateral trade and investment agreements will boost the two-way trade volume, said Prime Minister Hun Sen at the inauguration ceremony of the National Road 21, built with a concessional loan of $61 million from the government of South Korea.

The prime minister said that Cambodia’s goods exports to South Korea increased by 33 percent in value in the first two months of this year.

“Cambodia’s total exports in the first two months of this year increased by more than 30 percent, while exports to South Korea increased by 33 percent,” the Prime Minister said at the ceremony held in Kandal province’s Takhmao city.

While talking about CKFTA, the Premier said that he has recently asked the Korean side to accelerate the internal procedure of pact ratification so that the two countries will benefit from it.

“Once the Cambodia-Korea free trade agreement comes into force, we expect the commerce sector and investment between Cambodia and Korea to progress further,” Park said.

This year is the 25th-year anniversary of diplomatic establishment between Cambodia and South Korea, resulting in good cooperation on priority sectors between the two countries, Park said.

There are currently over 300 Korean companies in Cambodia in sectors like garment, construction, agriculture, and finance, he said, adding that those companies contribute substantially to Cambodia’s economic development.

The bilateral trade between the Kingdom of Cambodia and the Republic of Korea topped $965 million in 2021, a year-on-year increase of nine percent.