One of the world’s most endangered birds arrives in Cambodia 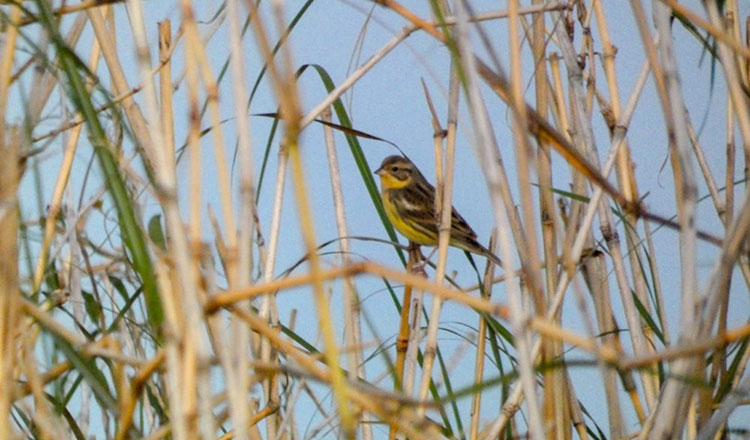 One of the world’s most endangered birds arrives in Cambodia

The yellow-breasted bunting, one of the most endangered migratory birds, arrived at Boeung Prek Lpou Landscape Protected Area.

The yellow-breasted bunting’s population continued to decrease and according to reports the population has declined by more than 80 percent in the recent years.

The birds arrived in Cambodia as it migrated from Europe and North Asia as part of its yearly migration to countries such as India, China, southern Cambodia, Vietnam, Laos, Thailand and Myanmar.

According to the Ministry of Environment, before 2002, there were more than 1,000 of the birds in Cambodia. Then, from 2002 to 2012, only about 20 to 100 yellow-breasted bunting were recorded. According to a WCS presentation at the Prey Veng Wildlife Conservation Workshop in September 2019, more than 200 yellow-breasted bunting were recorded in Kratie between 2016 and 2017, and about 300 in Prey Veng.

A team recorded a maximum of more than 2,000 birds present in the Boeung Prek Lpou Landscape Protected Area from December 2020 to April 2021.

The growing numbers of the birds recorded in the Boeung Prek Lpou Landscape Protected Area, points to the importance of the area for the endangered species. Khmer Times