Study: Cambodia Is One of Safest Countries in SEA 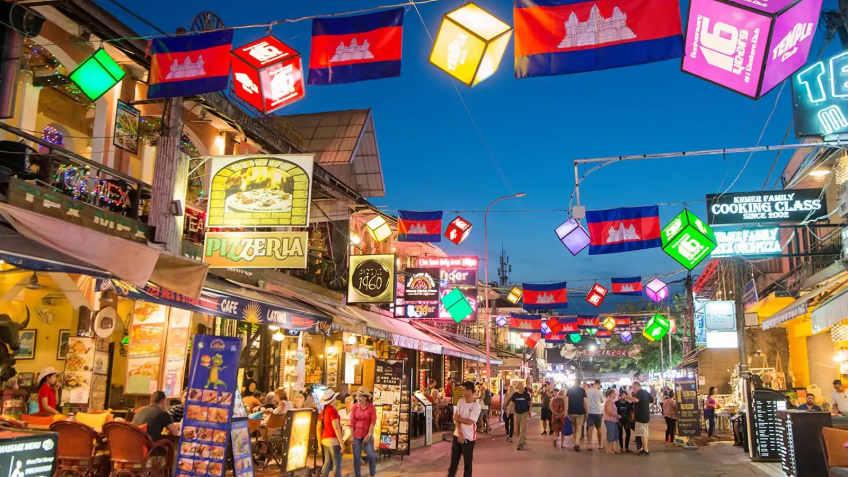 Study: Cambodia Is One of Safest Countries in SEA

Foreign investors have little to fear if they want to do business in the Kingdom.

A study conducted by Gallup, one of the leading analytics companies in the world, found that Cambodia is one of the safest countries in Southeast Asia.

The 2021 Global and Order Report ranked the Kingdom as the third safest country in the region, after Indonesia (1st) and the Philippines (2nd). Vietnam obtained the same score (83) as Cambodia. The report was released last week.

Cambodia’s position has improved significantly in the last two years.

Cambodia was ranked seventh out of nine Asean countries in the 2019 edition of the report.

Malaysia was ranked fourth, followed by Myanmar and Laos.

Thailand was ranked as the ‘most dangerous’ country in Southeast Asia. Singapore and Brunei were not included in the report.

Norway was ranked as the most peaceful and safest country in the world, followed by United Arab Emirates, China, Switzerland, Finland, Iceland, Tajikistan, Taiwan, Slovenia and Austria.

Tajikistan’s inclusion in the top ten is surprising, considering that it shares a common border with Afghanistan, considered to be one of the most dangerous and least stable countries in the world.

Unsurprisingly, many strife-torn countries in Africa, South America and Asia were viewed as the most dangerous nations in the world.

Venezuela, which descended into chaos after the socialist revolution advanced by the late President Hugo Chavez and current leader Nicolas Maduro, topped the ‘Rouges Gallery’, followed by Gabon, Guinea, Uganda, Cameroon, Peru, Nigeria, South Africa, Zambia and the Republic of the Congo.

Expats, especially foreign businessmen, generally agree that Cambodia is a safe place for them.

“I have been living in Cambodia for more than five years. And I feel safe enough. This is my experience. I’ve never had any problems with police or local authorities. And yes, my phone was stolen twice. Nothing else,” Russian businessman Sergey Sidenko said.

I can’t compare the situation here with other countries in Southeast Asia, because I have never lived there. And I know nothing about the methodology of the report either. I know that people complain sometimes. And of course, nothing is perfect, and I just got lucky because I haven’t met anything really bad. But if the report is correct, then people know how to live with it,” he added.

The number of drug trafficking, murder and kidnapping cases in the Kingdom is much lower compared to that of its neighbours, according to the Cambodian Police.