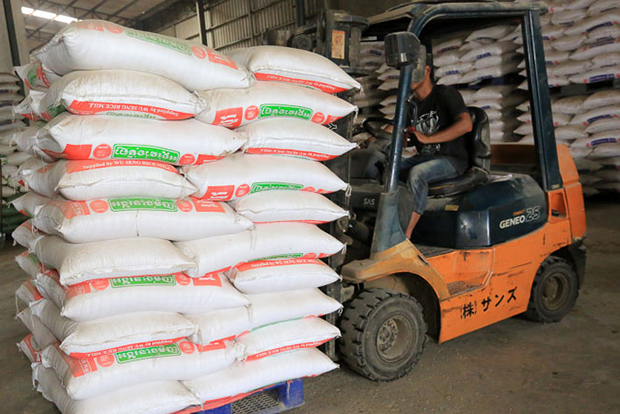 Cambodia shipped more than 3.1 million tonnes of rice from January to the end of October, bringing $957.3 million back into the Kingdom.

Farmers shipped 460,169 tonnes of milled rice to 55 markets and regions, worth $323.47 million. Just over 79 percent of that went to five markets: China, France, Gabon, Malaysia and the Netherlands, according to the Cambodia Rice Federation.

In October alone, Cambodia exported 49,471 tonnes of rice, which is over 4 percent higher than October last year, the federation said.

China is Cambodia’s biggest export market for rice. It bought nearly 23 million tonnes, according to the Chinese Embassy’s Facebook page. That adds up to nearly half of all the Kingdom’s rice exports.

Milled rice exports in the first 10 months of the year were lower than the same period in 2020. The Cambodia Rice Federation blames the fall on soaring transportation costs and a shortage of 20-foot equivalent containers, which are the standard size for shipping rice.

The Asian Development Bank said this week that it expects supply-chain bottlenecks to ease soon because many countries are nearing herd immunity, having vaccinated around 80 percent of their populations.

The ADB also warned that farmers in the region are vulnerable to droughts and floods and said that the agriculture sector needs to adapt to climate change by using genome sequencing to produce stronger crops. Researchers in Cambodia have come up with a new variety of rice that is resistant to climate change and produces higher yields. They plan to release the super strain very soon.