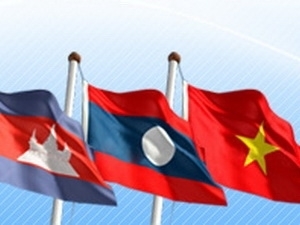 Cambodia has committed to develop the Cambodia-Laos-Vietnam Development Triangle Area (CLV-DTA) in order to contribute to enhancing cross border trade activities and improving the livelihoods of the region’s peoples.

In the meeting, Sorasak said the efforts of the Cambodian government have continuously transformed the provinces in the region through efforts including the construction of infrastructure, the mobilization of domestic and foreign investment and the creation of job opportunities, adding that these improvements contribute daily to significantly reducing poverty among the region’s people.

Cambodia has revised the Master Plan for Socio-Economic Development in the CLV DTA to 2030 to adapt to the current situation.

Sorasak said, “The revising [of the] master plan includes post Covid-19 (New Normal) development through cross-border trade and the normalization of our society and economy.

It also includes specific plans and projects to implement the action plan for CLV economic connectivity until 2030, focusing on digital commerce to promote economic development and improve the lives of people in CLV provinces.”

The meeting aimed to check and discuss the progress of the development triangle in preparation for the 8th meeting of the Foreign Affairs Committee of the Cambodia-Laos-Vietnam Parliament, which Cambodia will host in the upcoming future.