Ancient Statues and Other Relics Discovered at Takav Gate 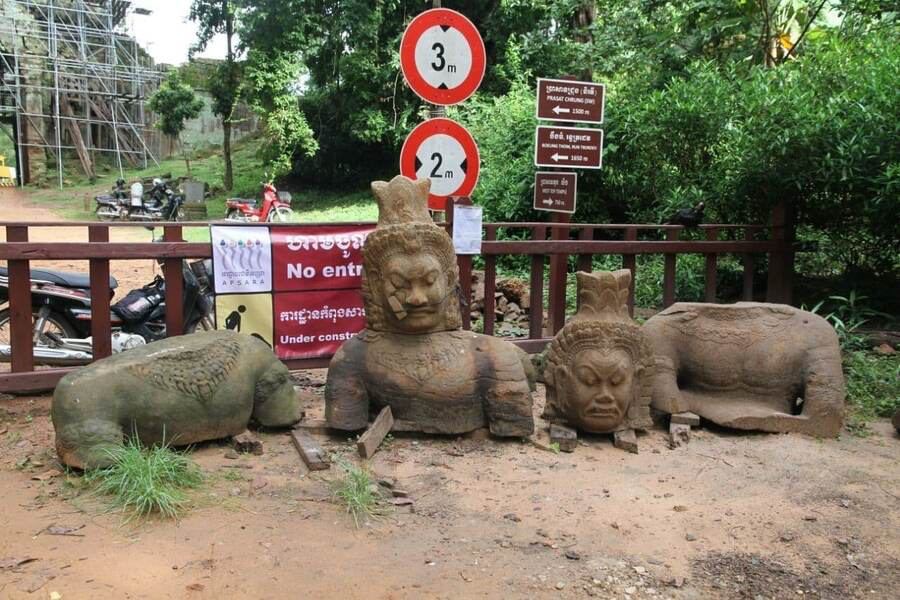 Ancient Statues and Other Relics Discovered at Takav Gate

Sculptures of giants and angels on the drawbridge of Takav Gate, as well as other relics, were discovered during archaeological excavations to restore the Takav Gate.

Archaeology Officer of the APSARA Authority, Kim Seng Pheakdey, said that during the 3 weeks of archaeology excavations to repair the Takav Gate, the team found 3 heads of giant statues and the upper half torso of three other statues. They also found the torsos of 4 Asura statues, heads of 3 statues of deities, of which 2 were complete and 1 only had the shoulders to the lips.

Pheakdey said that after the team found the sculptures, the team cooperated with the heritage police to register, document, and store the relics at a repair site.

Takav is one of the five gates of Angkor Thom city. Located in the west of Bayon Temple, the gate was made of sandstone and laterite with three four-faced Brahma above. 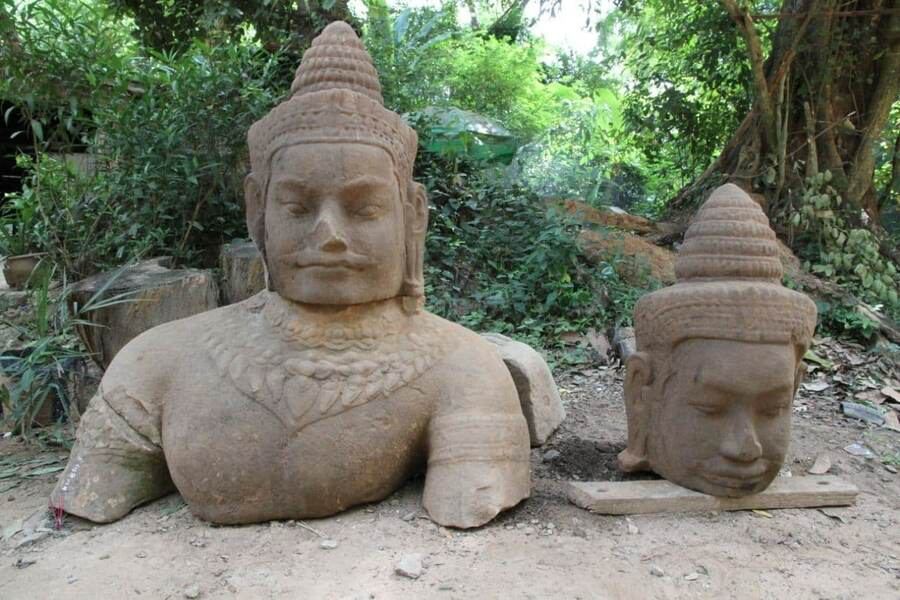