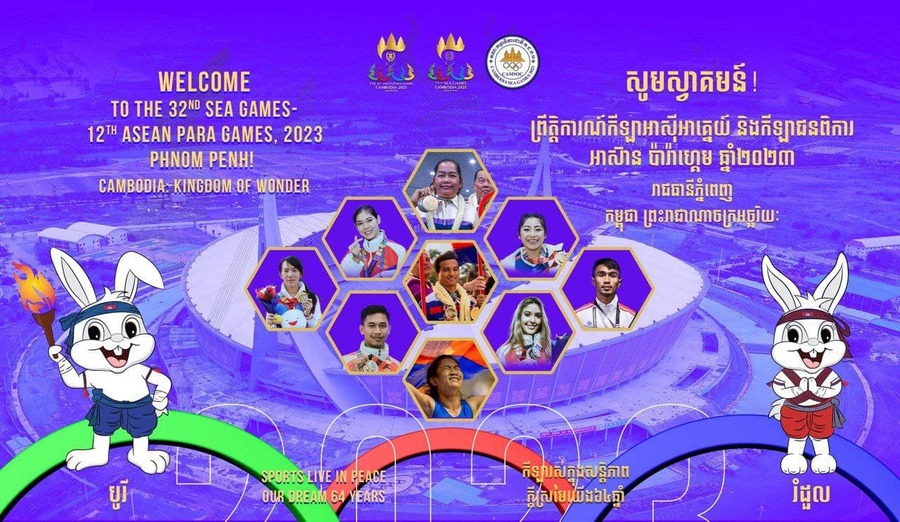 The National Olympic Committee of Cambodia (NOCC) has urged both Cambodian athletes and general public to head toward common goal – the SEA Games 2023 hosted by Cambodia.

The inspiration was underlined by Mr. Vath Chamroeun, Secretary General of NOCC, when addressing the virtual celebration of the 127th International Olympic Day yesterday.

The preparation and promotion of the historic event in Cambodia have been cherished and guided by Deputy Prime Minister and Minister of National Defence, Mr. Tea Banh, President of CAMSOC; and CAMSOC Permanent Deputy President Mr. Thong Khon, Minister of Tourism, he added.

Themed “Home Workout with Olympians”, the observation of the Olympic Day this year was well aligned with the promotion of sport-loving spirit toward the SEA Games 2023.