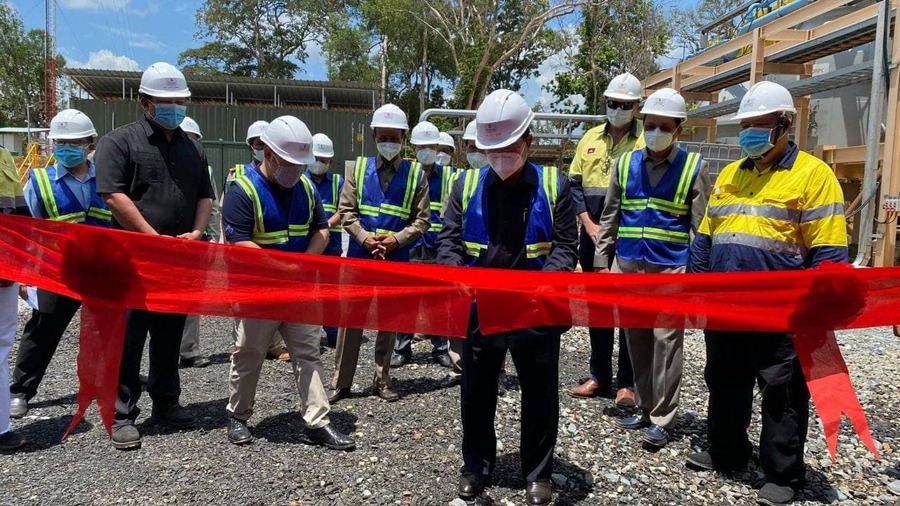 The commencement was presided over by Minister of Mines and Energy Mr. Suy Sem, Minister of Environment Mr. Say Samal, and other senior officials as well as Chargé d’Affaires of the Australian Embassy in Cambodia Mr. Luke Arnold.

Mr. Suy Sem said that nearly 2 million tonnes of crude ore will be able to be mined per year and 90 percent of the gold nugget will be extracted, employing a total of 462 workers, of them 427 Cambodians and 35 foreigners.

This is another new achievement born from the Win-Win Policy of Samdech Akka Moha Sena Padei Techo Hun Sen, Prime Minister of the Kingdom of Cambodia, which has brought peace, political stability, and national unity as a indispensable factor for large-scale investment in the mining sector, he stressed.

According to its assessment report, he continued, the company – a subsidiary of Australia-listed Emerald Resources NL – can produce three tonnes of pure gold on an annual average for the first eight years of operation.

With the mentioned capacity of industrial gold production, he underlined, about US$185 million gross revenue is expected to be generated per year, of which some US$40 million as Royalty income and tax revenue to be used for social and economic development.

Prime Minister considered the international standard gold manufacturing in O’ Kvau region as a model for future mineralisation in Cambodia toward sustainable development.

While encouraging highly qualified technical mineral manufacturing for lasting and environment friendly mineralisation, he reminded that underqualified operation will not bring about any benefit, but is likely to cause accident and harm the environment.