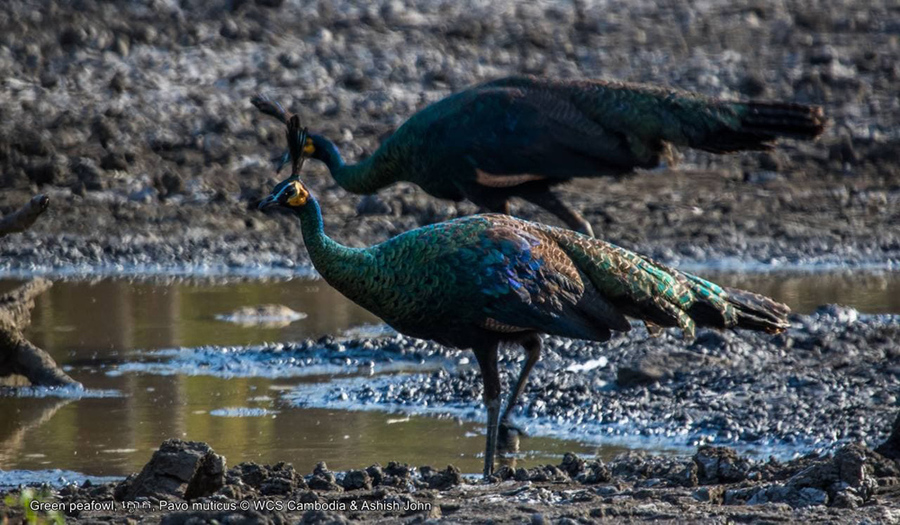 Cambodia has noted an increase of Green Peacocks, a globally endangered species in the International Union for Conservation of Nature (IUCN) Red List, in the Keo Seima wildlife sanctuary in the northeastern Mondolkiri province.

The news was shared yesterday by Mr. Neth Pheaktra, Secretary of State and Spokesperson at the Ministry of Environment, stressing that the trend was recorded by automatic cameras installed in the area.

The world recorded between 15,000 and 20,000 adult peacocks and Cambodia has between 2,000 and 3,000 of the animal living especially in sanctuaries, national parks and other protected areas in Mondulkiri, Stung Treng, Rattanakiri and Siem Reap provinces.

The secretary of state thanked all rangers and partner organisations for their good cooperation in preserving Cambodia’s wildlife, including the endangered species like the green peacock.

He added that the number of over three quarters of wildlife species in Cambodia was found stable and in good condition.