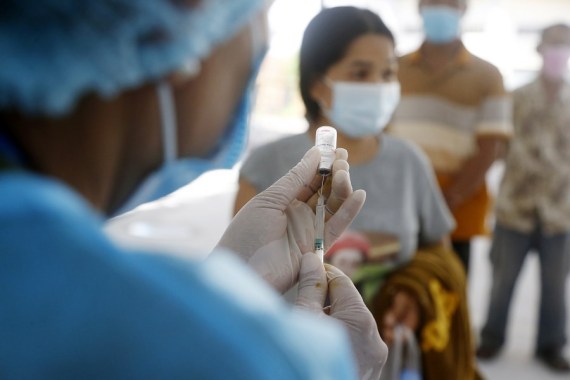 Kandal province is set to begin a wide spread vaccination drive that will encompass 11 towns, tomorrow, June 10, 2021. The vaccination will be for the general public and workers.

The announcement was made by the Governor of Kandal province, Kong Sophoan. He confirmed that at the meeting of the Provincial Administration, they arrived at the consensus with the motive of maintaining public security, order and welfare. He has also mentioned about the tightening of security when it comes to Covid-19 preventive measures.

The decision was made on a Zoom meeting on the afternoon of June 8, 2021. In attendance, were the Deputy Governor, the Mayor, and all relevant district officials.

The Governor said that a team of 700 medical professionals have been prepared, and the administration plans to add 1800 more. They hope that the vaccination program will proceed smoothly.