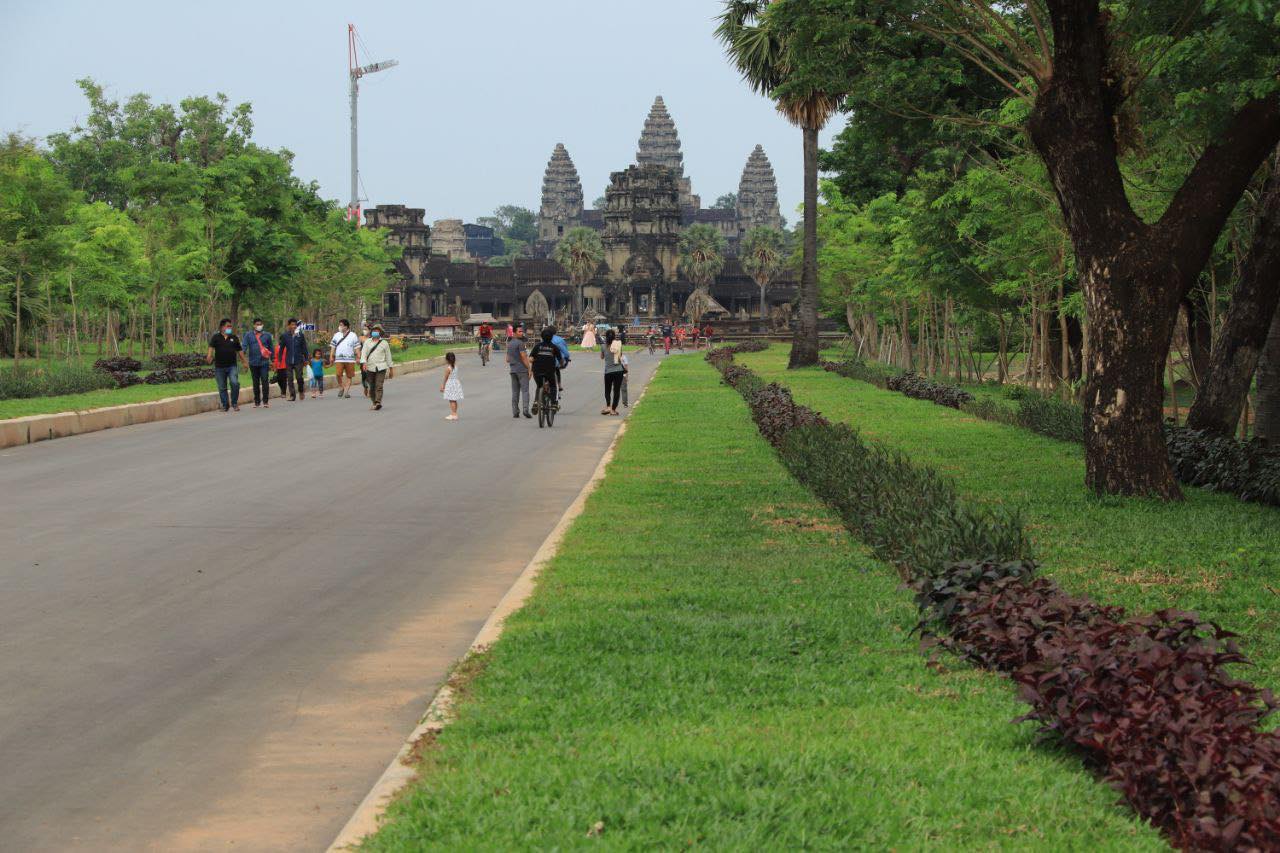 After the government agreed to lift the lockdown in Phnom Penh and Takhmao city at midnight, hopes for the tourism situation in Cambodia are returning.

“After a 3-week lockdown in the stuffy capital, it is safe to say that many miss travelling and leisure activities, so there will be wave of travellers who seek a change of scenery,” she said.

Although the travel bans and lockdowns were a necessity in controlling the spread of COVID-19, it did effectively kill the tourism industry as well, she added. Therefore, we believe that with the lockdown lifted and locals travelling once again, it will bring benefits to tourism-related business.

“The recommence of travel within the country will aid in the slow recovery of the tourism industry. However, authorities should implement and keep upholding proper protocols to prevent further spread between provinces,” Sivlin said.

She added that effective methods for this include checkpoints for travellers to declare movement between provinces, authorities stating which districts are Red Zones and advising tourists not to visit and pass by those areas.

As well as encouraging health and safety protocols at restaurants and tourist attractions, encouraging establishments to keep checking temperatures at entry, wearing masks, disinfecting hands, scanning the QR code “Stop COVID” to check in at a location and most importantly, social distancing.

Even as more people have gotten their first and or second dose of the COVID-19 vaccination, people should still strictly follow the health and safety guidelines as the number of cases in the nation can still climb.

However, he reckons not many tourists will travel as they are still afraid of the virus transmission.

“If there are many tourists, we also plan to control it perfectly by strengthening the community based ecotourism, restaurants and other tourist destinations to follow the health measures strictly,” he said.

In addition, he added, it is really important for both tourists and tourism business owners to follow the health measures which could prevent the spread of the virus in the community as well.

Once the transmission is controllable, more tourists will be able to travel to tourist destinations across the country without any fear, he said.

Angkor Eye theme park operations manager who identified herself as Rothana said that Angkor Eye has been closed for one month due to the travel ban and will still remain shut despite the ban lifting.

Since international tourists were banned from entering Cambodia in March 2020, Angkor Eye could only receive domestic tourists that mostly came from Phnom Penh.

“I am not really sure about the tourism situation and I do not really expect to have many tourists in Siem Reap as the number of cases is still increasing and most of the roads are still under construction which makes it difficult to travel,” Rothana said.

However, it will be great to have tourists once the deadly virus situation becomes controllable, she added.

According to the Angkor Enterprise, the state-owned institution in charge of Angkor income management, in a press release issued recently, Angkor Archaeological Park in Siem Reap province welcomed 4,528 foreign tourists in the first four months of this year, generating $187,216.

The number of visitors showed a decline of 98.82 percent while the income dropped by 98.86 percent compared to the same period last year.

In April alone, the Angkor entrance tickets were sold to 46 foreign tourists, generating $2,137, a year-on-year decline of 92.97 percent.

Recently Angkor Enterprise announced it was adjusting Angkor passes – effective from March 11 to December 31, 2021 – to address the current slowdown of the tourism sector due to the COVID-19 crisis.

Under the new policy, foreign tourists buying a one-day entrance ticket can visit the Angkor Archaeological Park for two days, while the three-day pass will be increased to five days of visits and the seven-day pass to ten days of visits.

The one-month entrance ticket, moreover, will be valid for two months, the three-month ticket will last for six months and the six-month ticket for twelve months.

Cambodia’s tourism sector, like that of other countries around the world, has been adversely hit by the COVID-19 pandemic. Khmer Times