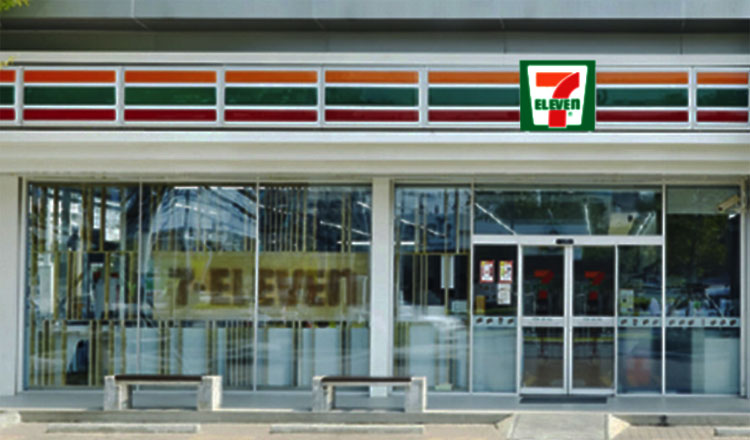 With Red and Orange Zones anticipated to shrink in size and vitality returning to Yellow Zones as markets and shops begin to reopen in earnest, increased competition in the mini mart sector is looming as CP All (Cambodia) Plc has begun recruiting for the Kingdom’s first 7-Eleven convenience store.

The Cambodian subsidiary of Thailand’s CP All Plc had braced itself to bring the Texas-based convenience store chain to Cambodia and Laos this year but was forced to shelve its plans because of the pandemic.

Cambodia’s ambassador in Bangkok previously said the company was planning to sell between 700 and 1,000 franchises across the Kingdom to help promote bilateral trade between the two countries.

The move also opened the door for local agricultural projects to find their way across the border and through CP’s broad distribution network. At least half of the retail space at Cambodian 7-Elevens will feature Cambodian products, according to the company. Already, CP has said that it will sell Cambodian dried fruits at its Thai locations.

locations. With economic recovery in sight and Cambodia trailing only Singapore in the region for national percentage of its population inoculated, according to the ASEAN Information Centre, 7-Eleven’s post-pandemic entry to the market may disrupt the Kingdom’s growing mini market sector which encompasses at least seven major players.

Leading the way is competitor Circle K with 22 locations in the capital. The company has set an ambitious 10-year plan to have more than 300 locations across Cambodia.

Kiwi Mart has 20 stores including a new “premium” shop it opened earlier this year. Aeon MaxValu – an offshoot of the popular Japanese malls – has 12 outlets, while Smile Mini Mart has 11 locations in the capital. Lucky Express has five outlets.

Chip Mong Express – with only two locations – has the smallest footprint locally but opened new supermarkets last year and is constructing a mega mall in the outskirts of the capital.

The first 7-Eleven to open will be in Prek Pnov district outside the Phnom Penh city centre. The location advertised 70 “urgent vacancies” on Facebook this week.. The shop is looking to hire five store managers, 15 assistant managers and 50 full-time staff to work at the 24-hour store.

Among the first to apply was Pheung Pheak, 27. Currently unemployed, he said that he is seeking a management position because he enjoyed the customer experience when visiting an outlet in Thailand.

“The 7-Eleven chain is famous for being a one-stop shop and I really enjoyed my experience there as a customer in Thailand. I loved the variety of products and how clean and efficient the store was when I visited. I was extremely excited to learn that it is coming to Phnom Penh. I submitted my application online after my friends told me that they were hiring people because they know how much I love the company. I hope that they select me so that I can share the same great experience I had with others,” Pheak said.

CP All Cambodia has acquired the rights for the 7-Eleven brand for 30 years. More than 12,000 7-Eleven stores operate in Thailand, which is second in number only to Japan globally.

The company previously said that it would replicate the Thai experience in Cambodia, hoping to turn the shops into one-stop destination for beverages, snacks, ready-to-eat meals, toiletries, other small goods and financial services including banking and bill payments.