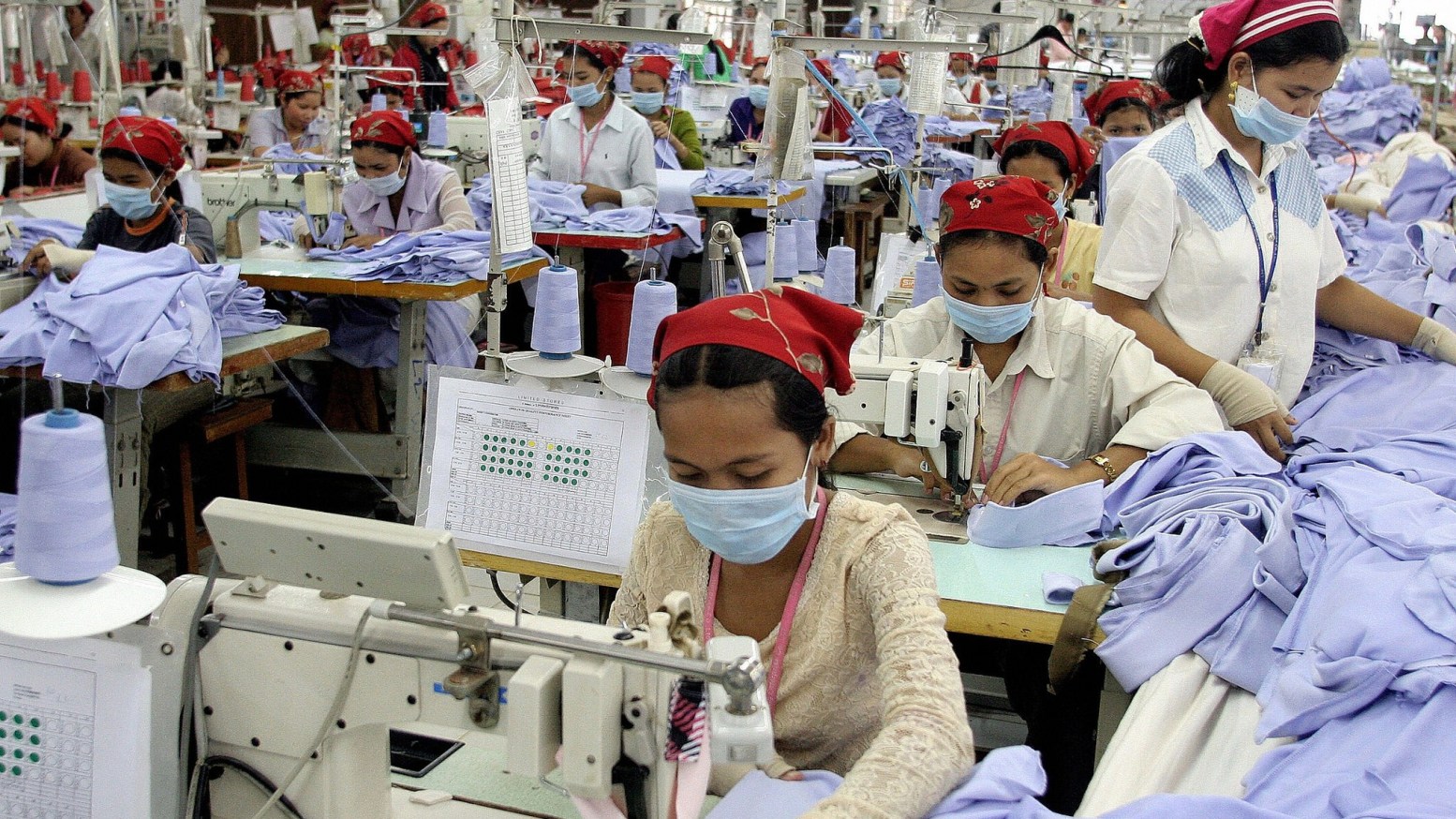 At least 95 factories and enterprises have restarted production just a week after the government’s lockdown measures in Phnom Penh and Takmao city were divided them into three zones.

The reopening factories are in the Yellow Zones, said Secretary of State of Ministry of Labour and Vocational Training Heng Sour. He added 15,000 workers have resumed their jobs.

“The restart of production chains in the factories and enterprises is a good sign in the manufacturing sector although the COVID-19 pandemic has not ended yet,” Sour noted.

The secretary of state said up to 50 percent of workers could resume their work but the rest remained affected by Red and Orange zone restrictions.

The resuming of the production chain via factory reopening comes as the government and Garment Manufacturers Association in Cambodia (GMAC) have appealed to international buyers not to fine factories for being late with product deliveries.

They said lateness of product delivery was caused by hundreds of factories and enterprises having shut down production temporarily to respect the government’s lockdown measures.

In the first quarter of this year, Cambodia’s export of garment products – clothes, footwear and travel goods decreased – by 10 percent to $2.4 billion.

According to figures from the Ministry of Economy and Finance, cloth exports were valued at $1.775 billion a year, footwear at $316 million and travel goods at $319 million.

Kaing Monica, deputy secretary-general of the GMAC, called on the private sector, people and the workers to participate in the measures of the government to promote efficiency to return to normality soon.

“If this situation persists, there will be problems in trade because international trade is planned and certain. In the garment sector there are export seasons, such as summer exports and winter exports,” he said.