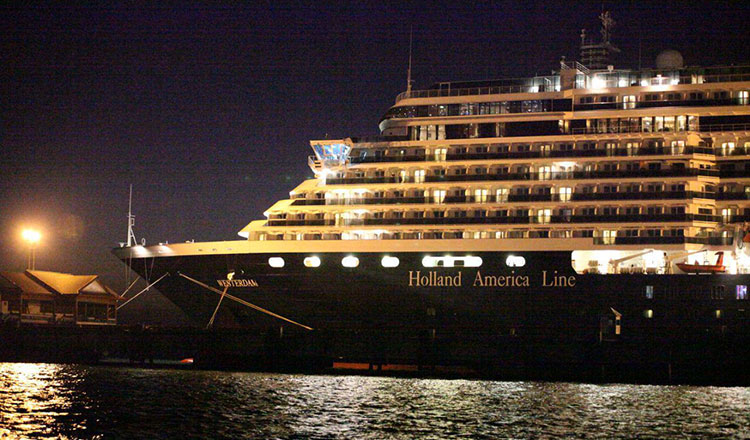 The Ministry of Tourism has appealed to tourist operators to promote the anniversary of the MS Westerdam docking in Sihanoukville to attract tourists to visit Cambodia under the campaign theme: “Cambodia: One of the safest countries to visit during the COVID-19 crisis.”

On February 13, 2020, Cambodia allowed the international cruise ship MS Westerdam, with 1,455 passengers and 802 crew from 41 countries onboard, to dock in Sihanoukville, while other countries rejected it due to the fear of COVID-19 spreading.

To celebrate the one-year anniversary of the MS Westerdam docking in Cambodia, the Ministry of Tourism on Friday released a video and photo gallery for publicity.

The ministry called on tourism operators, development partners in the public-private sector, relevant institutions and the public to participate in the promotion of the anniversary to attract national and international tourists to visit Cambodia in the wake of COVID-19.

It said this historic humanitarian event has been praised by the leaders of the world’s top institutions, including the World Health Organization (WHO), the World Tourism Organization and the general public.

The event also inspired Cambodia the nickname “A small country with a big heart” from the WHO.

Prime Minister Hun Sen said on his Facebook page on Saturday that the government clearly remembers that at that time the world was terrified of COVID-19 and many countries did not allow the MS Westerdam cruise ship to dock, despite there being thousands of human lives on board facing starvation.

“Thousands of lives could not be left to die in the middle of the ocean. Although Cambodia is a small country with no resources like some of the big ones, Cambodia has a large humanitarian heart,” he said.

“We welcomed the ship and rescued all of the tourists and crew. We provided accommodation and treatment for all the tourists to travel by plane back to their families in their home country safely,” Mr Hun Sen said.

Meanwhile, the Australian Embassy expressed its gratitude to the government for allowing the MS Westerdam cruise ship to dock in Sihanoukville on the first anniversary of the event on Saturday.

According to an embassy Facebook post, Saturday marked one year since the MS Westerdam docked in Sihanoukville after being denied permission to berth in other countries due to suspected COVID-19 infections.

It said that the anniversary marked the commencement of a year unlike any other.

It said that since the virus was first identified, over 2.31 million people worldwide have died from COVID-19. Over 106 million people have been infected – many of whom have ongoing and long term effects from the virus. Economies around the world, particularly in developing countries such as Cambodia, have been devastated.

“We would like to use the occasion of this anniversary to pay our respects to those affected by the pandemic in Cambodia and around the world, and to recognise the efforts – particularly of our local staff – in ensuring our ongoing assistance to Cambodia and Australian citizens in Cambodia,” it said.

The embassy added that, in the past 12 months, it has been working non-stop to provide consular assistance to Australians in Cambodia. Australia has also been working with its Cambodian partners to refocus development cooperation programmes to assist Cambodia’s post-COVID recovery, including through the provision of over $50,433,500 per year to support social-economic development and $27.7 million for access to safe and effective COVID-19 vaccines in Cambodia.

“We would like to express our thanks to Cambodia for welcoming the ship and for the hospitality extended to the many Australians on board. One year later, we are still in this together,” it said. Khmer Times