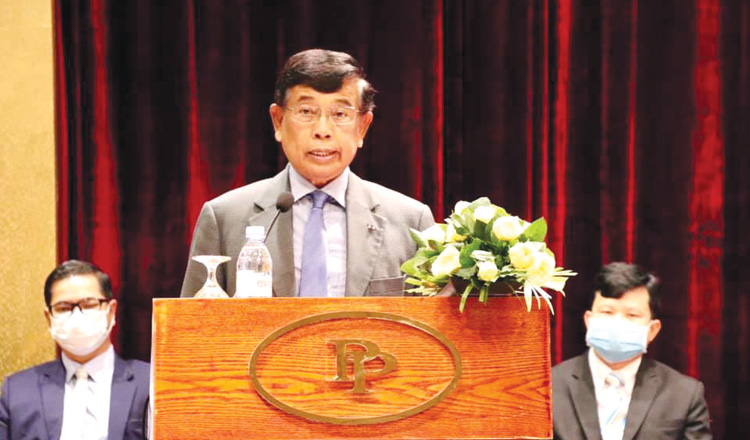 The government is set to disburse $11 million to fight HIV/AIDS next year till 2023 so that the Kingdom will eradicate the disease by 2025.

Dareth said up to now, the government has not provided funding to civil society organisations to carry out HIV/AIDS programmes, with majority of the funding coming from donors, especially Global Fund.

“This is a strong goal to eradicate AIDS in the Kingdom. At the same time, we still need international donations,” National AIDS Authority chairman Ieng Mouly was quoted as saying in a statement at a workshop in Phnom Penh.

The workshop was attended by representatives of the Ministries of Economy and Health, UNAIDS, USAID, development partners and NGOs.

“Due to the pressure of COVID-19, we do not expect the national budget will be provided to civil society organisations in 2021 and 2022,” Mouly said.

For more than three decades, Cambodia has relied heavily on external funding to fight HIV/AIDS, Mouly said, noting that in 2017, of $ 34.4 million, $ 8.3 million was allocated from the national budget.

The 2017 report on national expenditure assessment showed that civil society organisations received about $11 million, almost all of which was foreign financing, according to the statement.

Officials attend the workshop on HIV/AIDS in Phnom Penh. National AIDS Authority
UNAIDS country director Vladanka Andreeva said in the statement at the workshop that Cambodia is the first country in the Asia-Pacific region to have drawn up a roadmap for a sustainable end to HIV/AIDS by 2025.

“One of the points of the roadmap is to provide support to civil society organisations in responding to HIV/AIDS sustainably,” she said.

John Eyres, director of Office of Public Health and Education at USAID, said Cambodia achieved 90-90-90 goals and is on track to achieve 95-95-95 goals.

“At the same time, civil society organisations are financed from outside to work in response to HIV/AIDS. The Kingdom will be successful in eradicating HIV/AIDS,” he said.