South Korea to Give $10m for Demining Activities in Cambodia 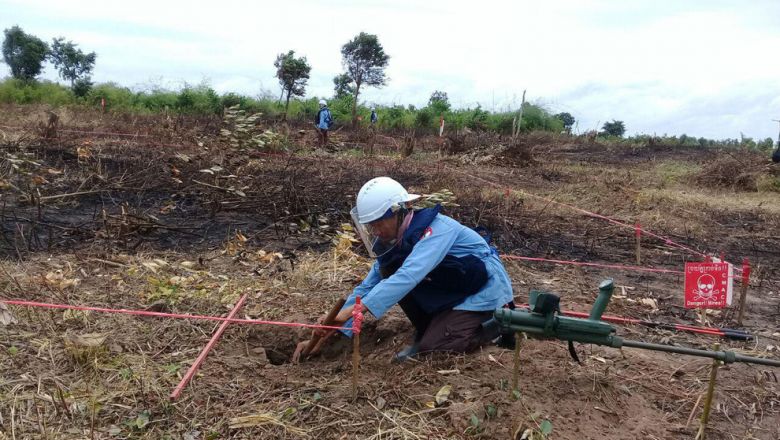 South Korea to Give $10m for Demining Activities in Cambodia

The South Korean government will provide $10 million for the Kingdom’s landmine clearing activities from 2021 to 2025.

The announcement was made on Wednesday when the Korea International Cooperation Agency had a meeting with officials from the Cambodian Mine Action and Victim Assistance Authority, UN Development Programme and the embassies of Australia and New Zealand to review project achievements and expenditure.

The meeting also was to review the implementation status of management in response to the Clearing for Results Phase IV Final Evaluation Recommendations and Management Response to Capacity Development Needs Assessment Recommendations.

CMAA released its six-month report on Wednesday, saying from January to June, there were 36 landmine victims, eight of whom died, equivalent to a 42 percent decline compared with the same period last year.

CMAA first vice-president Ly Thuch said Cambodian deminers are working hard so that the Kingdom will be mine-free by 2025.

As of last month, more than 2,043 square kilometres of mine and explosive remnants of war (ERW) contaminated land areas have been cleared and released for productive use by the affected communities and development purposes, said Thuch.