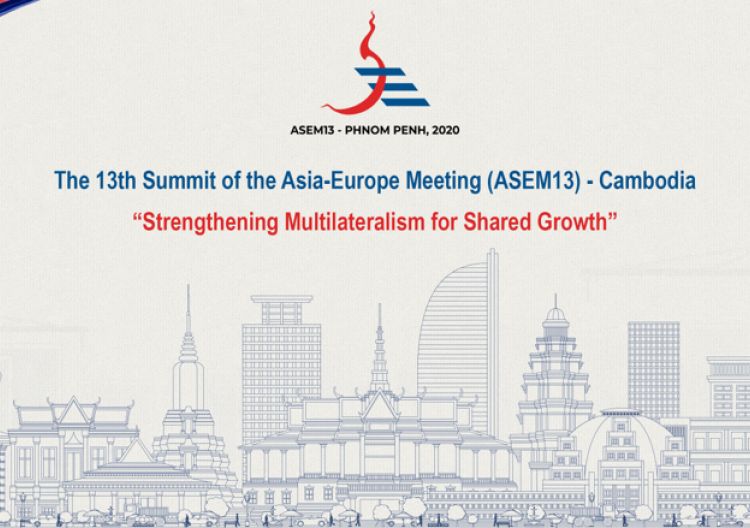 Cambodia, the host of the 13th Asia-Europe Meeting (ASEM) Summit, has decided to postpone the ASEM13, which had initially been scheduled for Nov 16-17 in Phnom Penh, to mid-2021 due to the Covid-19 pandemic, according to a foreign ministry’s press statement.

The statement was released after the ASEM Senior Officials’ Meeting (SOM) via videoconference on July 2-3, which was chaired by Sok Siphana, senior advisor of the Cambodian government and ASEM SOM Leader for Cambodia, and participated by SOM Leaders of all ASEM Partners.

Siphana expressed his sincere appreciation for the support that all ASEM Partners have extended to Cambodia in hosting ASEM13, it said.

“Due to Covid-19, however, all ASEM SOM Leaders unanimously expressed their understanding of and support for Cambodia’s request to postpone ASEM13 to mid-2021,” the statement said.

It added that the meeting stressed the need to promote effective multilateralism and collective response to the Covid-19 pandemic, which caused not only daunting challenges to the public health system across the globe but also a severe fallout to the global economy.

“To this end, ASEM SOM Leaders discussed the draft ASEM Ministerial Statement on Covid-19, which is expected to be released in mid-July 2020,” the statement said.