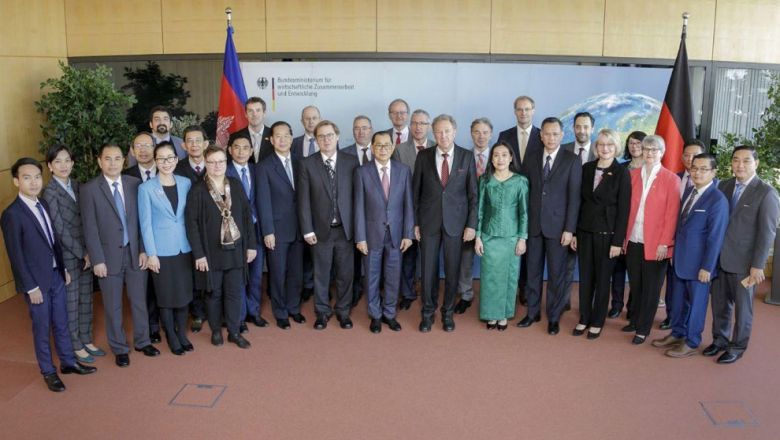 The Council for the Development of Cambodia (CDC) and the German embassy in Phnom Penh co-signed the Cambodia-Germany Technical Cooperation Agreement 2019, which provided $14.6 million in aid to support four development projects.

The projects funded by the aid include identification of poor households, social health protection, regional economic development, and a study and expert fund. The projects will be implemented by the German international development agency Deutsche Gesellschaft fur Internationale Zusammenarbeit GmbH in collaboration with Cambodian ministries, agencies, and sub-national administrations.

The signed agreement reflected the commitments agreed upon during the last inter-government negotiations, which took place on May 14-15 last year in Berlin, Germany.

It provided the legal basis for the implementation of projects in the three priority sectors such as public health and social protection, rural development and governance as articulated in the National Strategic Development Plan, according to the press release.

“This continued bilateral development cooperation will become an important pillar that not only strengthens diplomatic relations between the two countries but contributes to achieving the sustainable, inclusive, and equitable socio-economic development of Cambodia,” it noted.

The press release added that Germany has pledged a total amount of $55 million. Since the beginning of bilateral cooperation in 1994, Germany has provided both technical and financial support of approximately $670 million to Cambodia.

The German embassy told The Post on Wednesday that at the 2019 negotiations, the two countries agreed upon the framework for bilateral development cooperation for the next two years. Negotiations are always followed by so-called Technical Cooperation Agreements, which define specific technical cooperation projects and are legally binding agreements under international law.

The spokesman said the next round of governmental negotiations on bilateral cooperation will take place next year.