Battambang to have first-ever aquatic centre 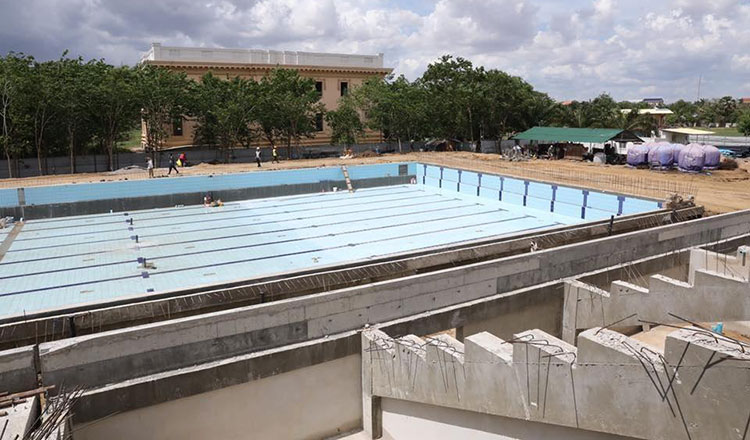 Battambang to have first-ever aquatic centre

Battambang province is expecting its first-ever athletic swimming centre, the construction of which has now reached almost 70 percent.

Mr Sun Chanthol, Senior Minister and Minister of Public Works and Transport said this when inspecting the progress of the construction of the centre recently.

Costing $2 million, the swimming centre is situated in the University of Battambang, encompassing 65 by 112 metres.

Once completed, the swimming centre will accommodate an Olympic sized swimming pool, pools with different depths for springboard diving, diving tower and seating area for audience.

It will also be equipped with international standard facilities making it convenient for both audiences and athletes when training and during competitions.

Encouraged by Deputy Prime Minister and Minister of Interior Samdech Sar Kheng, the athletic swimming centre will facilitate the preparations of Cambodian swimming athletes for the 2023 SEA Games to be hosted by Cambodia. Lim Nary/AKP