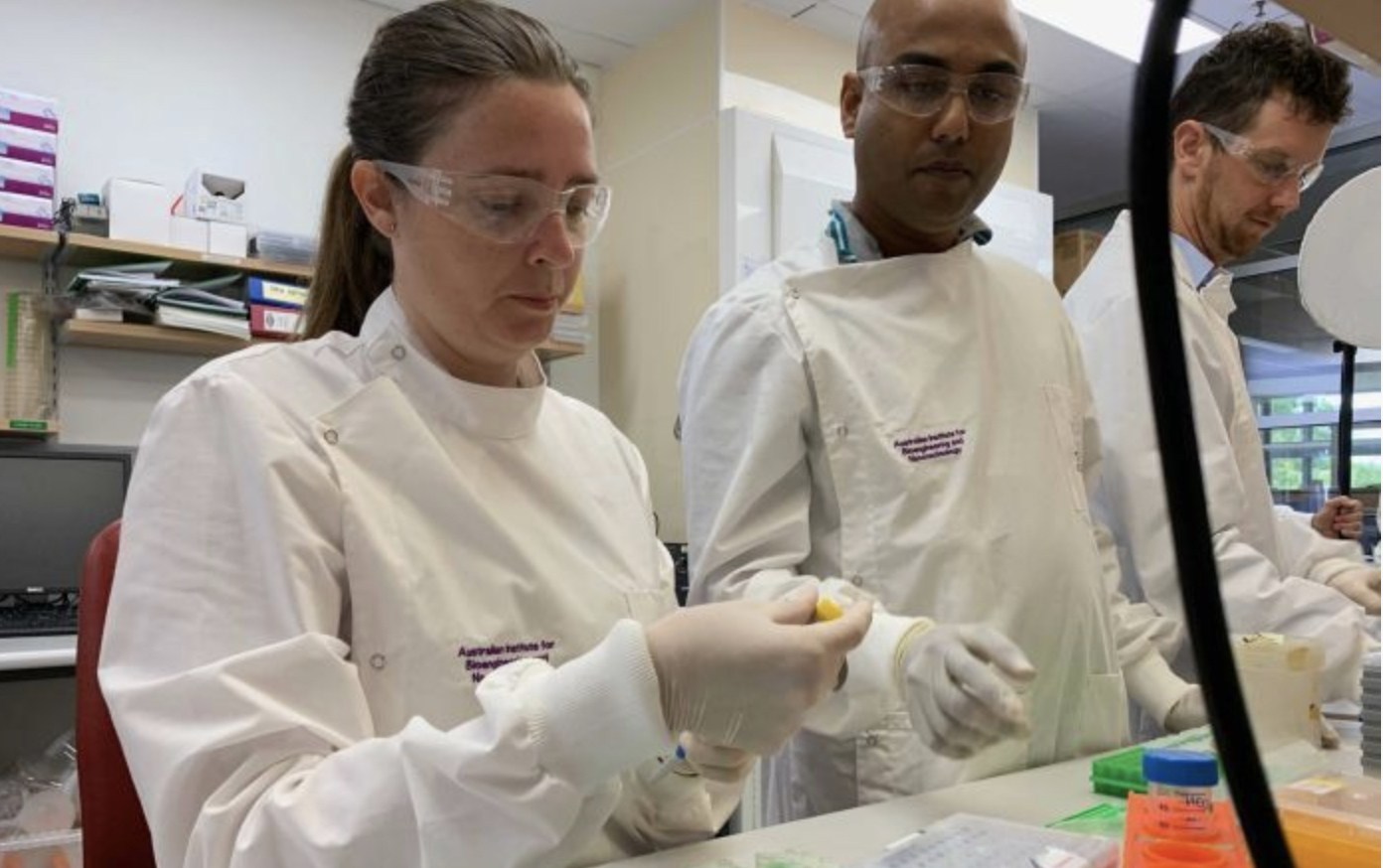 Queensland University researchers work on a coronavirus vaccine in a file photo. 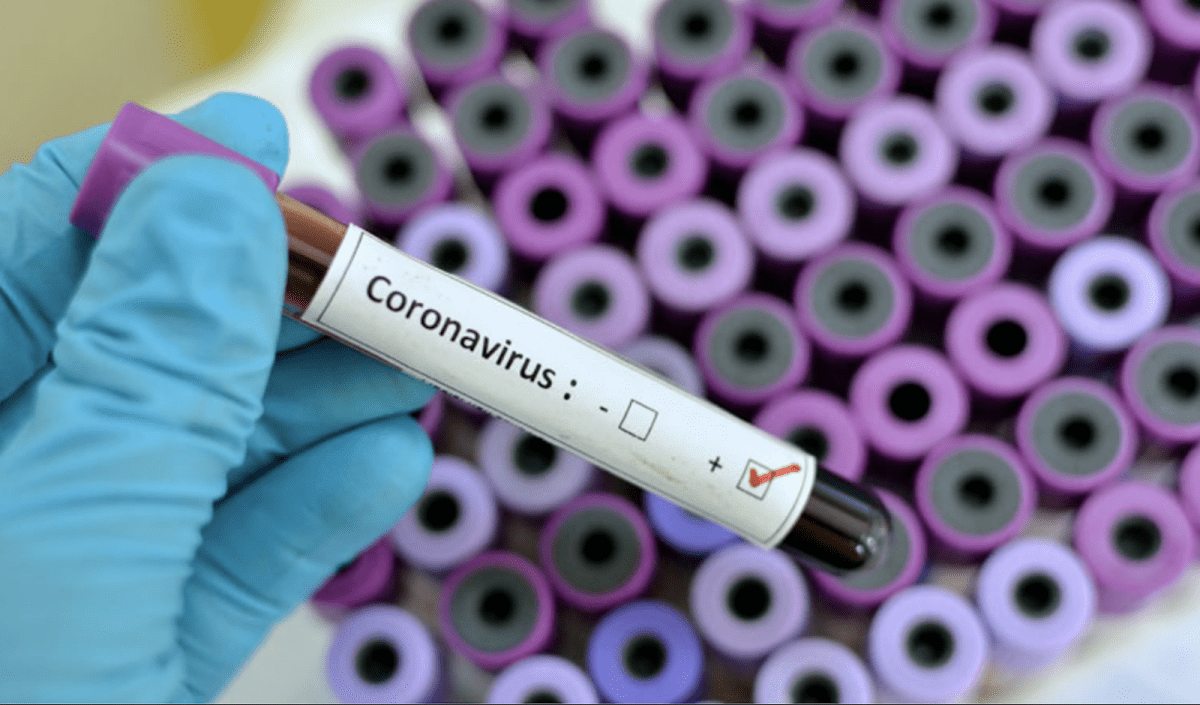 Australian researchers have been given the green light to start human trials of a promising drug treatment for the novel coronavirus after raising funds from donors in a remarkable global appeal.

Covid-19 patients will be given two drugs previously used to treat AIDS and malaria at about 50 hospitals in Australia, with tests expected to start by the end of this month. The drugs reportedly eradicated the virus in lab tests.

“There have already been patients treated with these in Australia and there’s been successful outcomes, but it hasn’t been done in a controlled or comparative way,” said David Paterson, director of the Center for Clinical Research at Queensland University, which is leading the trials.

“What we want to do at the moment is a large clinical trial across Australia, looking at 50 hospitals, and what we’re going to compare is one drug versus another drug, versus the combination of the two drugs,” he said.

Stanford University School of Medicine reported on Friday that a former malaria treatment known as chloroquine may have been effective in treating the disease in China and Singapore.

There is also anecdotal evidence that the redundant AIDS drug remdesivir may have worked in treating patients in China, the initial epicenter of the now global pandemic.

Trial data of the drug’s use, however, has not been made available by China. Scientists have dismissed a widely quoted online report that about 12,000 patients have been completely cured of Covid-19 in China after taking chloroquine.

Paterson said laboratory tests using a combination of the two drugs had indicated that they might provide a “cure” from the virus.

“It’s a potentially effective treatment. Patients would end up with no viable coronavirus in their system at all after the end of therapy,” he said.

The March 18 decision to go ahead with the human tests was only made after the researchers made an extraordinary global appeal for donations to cover the funding cost, estimated at A$750,000 (US$451,415).

There is an urgent push to develop effective Covid-19 treatments because a vaccine for widespread use is not expected to be developed for at least 18 months.

More than 30 academic institutions and pharmaceutical companies are collaborating in the search for a vaccine under a program coordinated by the Oslo-based non-profit group the Coalition for Epidemic Preparedness.

Labs in Australia, the US and the United Kingdom are already testing the first batches of vaccine “candidates” on animals, using some “prototype” pathogen platforms that were developed for severe acute respiratory syndrome (Sars) and Middle East respiratory syndrome (Mers) outbreaks in 2002-04 and 2012.

However, they were ultimately not needed to treat those diseases.

The Seattle-based Kaiser Permanente Washington Research Institute began human trials of a possible vaccine on March 16, and two other research programs, at the University of Queensland and Imperial College London, expect to start trials on patients within weeks.

Three or four potential vaccines will be developed, with the most promising version to be chosen for distribution.

Research efforts received a boost on March 17 when Melbourne’s Peter Doherty Institute for Infection and Immunity announced it had succeeded in mapping how the body’s immune system fights back against the virus.

Published in the monthly peer-reviewed Nature Medicine journal, the research revealed that victims are recovering from the illness in the same way they would from the flu.

“This [discovery] is important because it is the first time where we are really understanding how our immune system fights novel coronavirus,” said Katherine Kedzierska, who co-authored the journal article.

The team tracked the recovery of a 47-year-old woman from Wuhan, the original hotspot of the virus in China, who had mild-to-moderate symptoms from the virus and had no pre-existing health issues. She was admitted to a hospital in Australia and fully recovered within two weeks.

Kedzierska said that specific cells identified with influenza patients were spotted in her bloodstream three days before her health began to improve.

“We found in this patient at three days we could see emergence of immune cells in the blood. The immune cell populations we have seen emerging before patients recover are the same cells we see in influenza.

“Based on our experience with patients with influenza, we could predict recovery and that’s exactly what happened in Covid-19,” she said.

“This information will allow us to evaluate any vaccine candidate, as in an ideal world the vaccine should mimic our body’s immune response.”

Researchers are keen to isolate immune responses because these were a key factor in fighting SARS. Having blood markers will enable hospitals to screen out the 20% of patients who present with more severe symptoms.

“Then you could say upfront, this would be a severe case, or this will probably be a milder case,” said Doherty researcher Carolien van de Sandt. “Then you could alter their care to what the patient might need.”

The center has been given additional funding, some contributed by the Chinese billionaire Jack Ma, to expand the immune mapping to a bigger pool of patients, in part to monitor later phases of the recovery process.

“We know we can generate immune responses to the virus,” Kedzierska said. “The next question is whether that immune response gives people immunity for weeks or months or years so we are protected.”

The study’s findings are being shared with other research laboratories, she said.