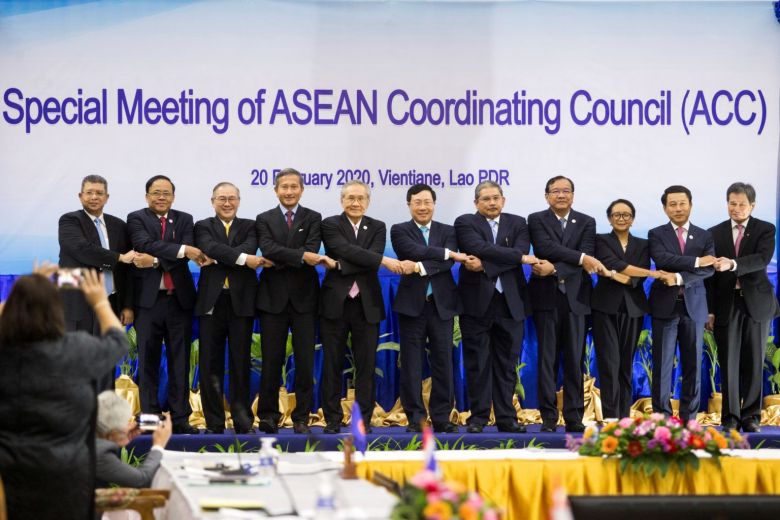 China and Asean kicked off a Special Foreign Ministers’ Meeting in Vientiane on Thursday (Feb 20) with a view to coordinate efforts to contain the coronavirus outbreak that has left more than 2,000 dead.

During the special meeting in the Laos capital, the foreign ministers of China and ASEAN were set to exchange views and explore ways and means of cooperation to deal with the Covid-19 outbreak.

The meeting was also intended to demonstrate solidarity between China and the ASEAN grouping, as well as their determination to jointly battle the outbreak.

Speaking at a dinner gathering on Wednesday evening, Mr. Wang told his Asean counterparts that China is confident of winning the fight against Covid-19 with the support of the international community, including ASEAN.

On Wednesday, Mr. Wang held a meeting with Singapore Foreign Minister Vivian Balakrishnan, during which the Chinese Foreign Minister expressed hope that Thursday’s Special Asean-China Foreign Ministers’ Meeting would not only explore ways to cope with the epidemic, but also enhance cooperation on public health in the region and promote the capacity of regional countries in meeting the challenges of public health such as this epidemic.

Mr. Wang thanked Singapore for the support it has provided China in fighting the disease, which he said embodied the excellent tradition between the two countries of always supporting and helping each other in difficult times.

Dr. Balakrishnan said China has been dealing with the epidemic in a highly responsible manner and taking measures rarely seen in the world.

China also shared information with the international community at the onset of the epidemic, thus providing valuable help to countries like Singapore, he said.

Singapore is willing to pursue communication and cooperation with China, and will spare no effort to bring the epidemic under control in order to restore normal exchanges, Dr. Balakrishnan added.

This year marks the 30th anniversary of the establishment of the diplomatic relations between Singapore and China.

The Singapore side expects frequent high-level exchanges with China, Dr. Balakrishnan said, with a view to beef up construction of the New International Land-Sea Trade Corridor, actively promote the Regional Comprehensive Economic Partnership (RCEP) and participate in the Belt and Road Initiative.