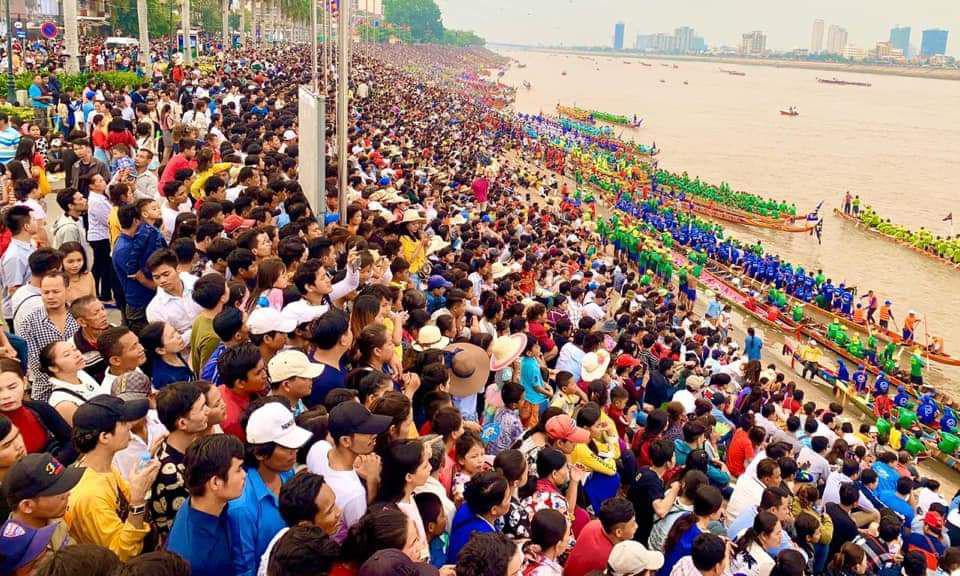 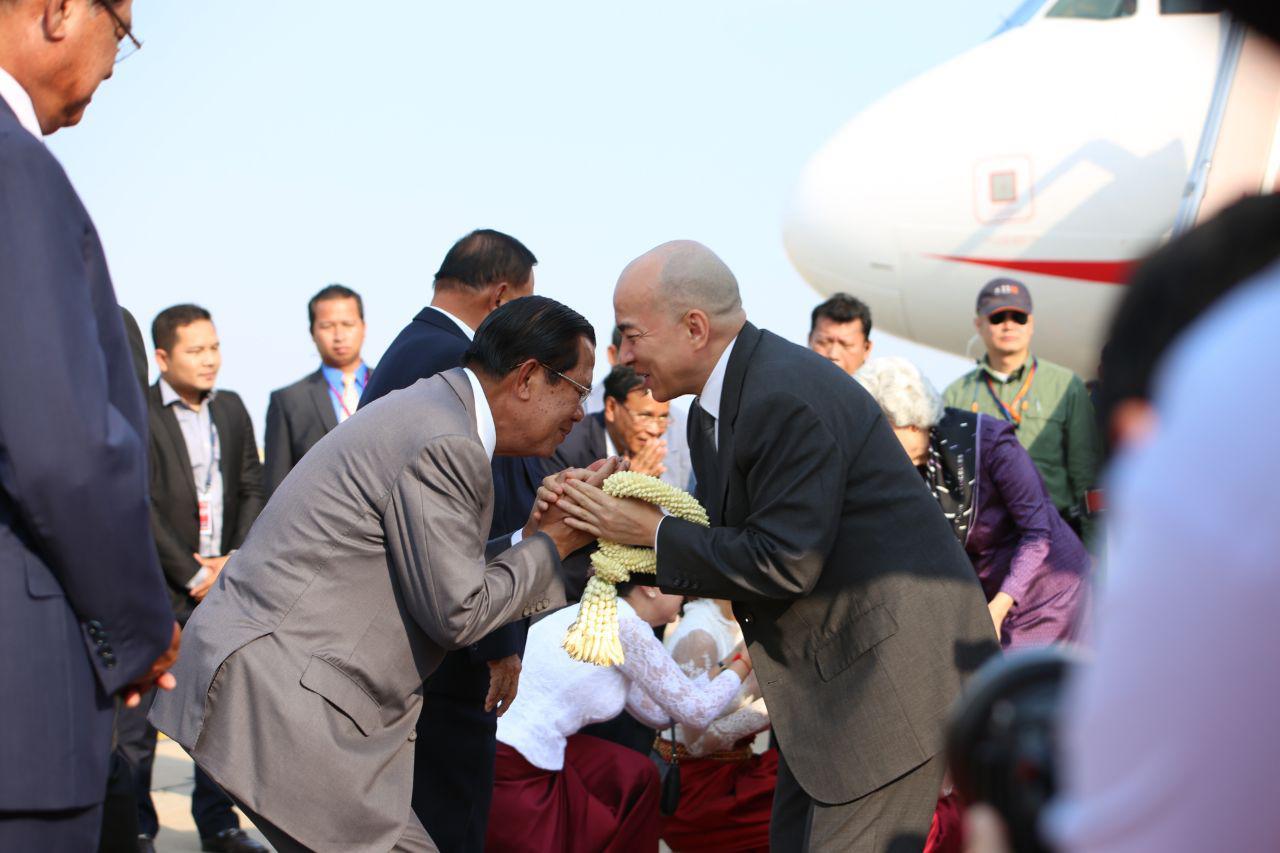 Do Not Trade Cambodia’s Peace with “Color Revolution”
Previous Next

Phnom Penh – Despite the political organization of the “color revolution” being dissolved and its recent attempts to instigate havoc being foiled, the traitor’s group still “pursues” its ambition to claim the power, by secretly carrying on its “previous plan” – but this time under a new image and strategy – in a bid to destroy Cambodia.

In the past few days, the group were using “psychological war” on social network Facebook to exaggerate and publicize fake news in relation to Cambodia’s integrity, inciting the public that Cambodia’s government had ceded 40 hectares of land to Vietnamese community in Kampong Chhnang province.

In the latest development, the group, including the former convicted Um Sam An, who had been found guilty and sent to jail in a border’s incitement case, has been all-out to criticize and attack the Cambodia’s government, as well as insult His Majesty the King, in relation to the promulgation of the Cambodia-Vietnam Supplementary Treaty on Land Border, and even called for a mass mourning with a “black ribbon” campaign. Is this the beginning of a new “color revolution”?

Issues on Cambodia-Vietnam border, in which the government was framed as ceding land to Vietnamese or foreign neighbors, and Vietnamese illegal immigrants were “hot” topics the traitor’s group used to stir Cambodian people’s anger and frame the government in an attempt to topple it. The late King Norodom Sihanouk was framed by General Lon Nol and Prince Sisowath Sirimatak as ceding land to Vietcong and was overthrown in a coup d’état, which led Cambodia to a civil war. Khmer Rouge also used the border issues with Vietnam to mobilize Cambodian people to join their guerrilla movement and to encourage them to fight against the survivals of the nation and the Cambodian people, following the collapse of Khmer Rouge on 7 January 1979.

Politicians, who tend to cheat in a bid to claim popularity and power, always used border issues and racial discrimination in their quest to the power. Issues on Cambodia-Vietnam border and Vietnamese immigrants were used by politicians in their political campaigns since 1st Mandate Election of the Members of the National Assembly.

For example, the convicted Sam Rainsy, the leader of the present traitor’s group, used to be warned and fined by the United Nations Transitional Authority in Cambodia (UNTAC) for his discrimination languages against Vietnamese in his political campaign. His discrimination characteristic has been inherited by his extreme supporters, who carry on and employ the same incitement and provocation languages. They did not know that their actions seriously harm Cambodia’s solidarity and peace.

Why do the traitor’s group try to exaggerate and confuse Cambodian people in relation to the relocation project for people living on Tonle Sap, and recently insult His Majesty the King and the government following the signing on the Royal Degree to promulgate the 1985 Cambodia-Vietnam Supplementary Treaty on Border that was endorsed by the National Assembly on 11th November 2005?

1. One reason is because the treaty would mean an end to their border propaganda. Actually, the Supplementary Treaty in 1985 and 2005, which the governments of Cambodia and Vietnam signed in October 2005 in Vietnam, meant to endorse the 84% accomplishment of border demarcation work between the two countries, while both parties would make efforts to conclude the rest 16% as soon as possible. The opposition group pretends to be surprised with the Royal Degree that promulgates the treaty in what was seen as an attempt of “not wanting” the border issues to be settled – which would spell an end to their political propaganda they always used to incite people to hate and loss confidence from the Cambodia’s government. However, they should know that Cambodian people understand clearly that the Supplementary Treaty would benefit Cambodia in their protection of the national sovereignty.

2. The opposition group would lose advantage ground. From now on, the traitor’s group would not be able to use border issues with Vietnam as a propaganda to incite the public. In the past, for the sake of their votes, the opposition incited people on issues of border; however, with the border issues almost completely dissolved, they would not be able to cheat people on that topic.

For instance, in the last two elections, the traitor’s group could not use the border issues as causes to incite public’s anger. However, it is the opposition’s duty to claim whatever opposite from the government, so they try every effort to frame and accuse the government of ceding land to foreign neighbors.

We still remember that during the negotiation for the Paris Peace Accord, Samdach Bovor Setha Seun San, head of the Cambodian People’s Rescue Salvation, claimed that each day Vietnamese people had relocated the border’s line into Cambodia’s soil several kilometers, but the claim was not true. These are inciting and framing languages that are not fact.

At the present, some “ill-intention” people were inciting the public on a social network in an attempt to overthrow the legitimate government through “color revolution” by arising public’s anger towards the ceding of land to foreign neighbors. The accomplishment of border demarcation work equals to the loss of advantage, both financial and political, for the opposition.

Though a handful of opposition continue to hinder the nation’s development, they could not stagnate the whole process. CPP-led government who had rescued Cambodia and Cambodian people from Khmer Rouge regime has carried its mission to safeguard and maintain the hard-sought peace and development in Cambodia.

Samdach Techo Prime Minister Hun Sen has declared that at any price, he would have to safeguard the peace. He added that “the war that was instigated by the former generation was dissolved by the later generation; this is the tragedy we should learn from to make sure that our poor nation would see peace permanently.”

How the Cambodia’s government tries to solve border issues with neighboring countries shows its historical effort in its attempt to build a “strong” national defense “fence” and foundation for many generations to come. It is an ideal preparation for the protection of Cambodia’s land and sovereignty and for eradication of decades-long chronic disputes. Solving the disputes meant the next generations would not have to dwell in border issues and the oppositions may not be able to use the topic for its political propaganda.

A high ranking official from the Cambodia’s committee used to claim that Cambodia has ceded nothing but benefitted from the Supplementary Treaty. The government has planted demarcation posts to protect either the people or the national sovereignty. So why does not the opposition support the head of state and government’s efforts to solve border issues as soon as possible? It is certainly clear that they would lose their “job” they used to cheat and incite the public in a bid to destroy Cambodia.

Cambodia at the present is dwelling in peace and development and its people want Cambodia to sustain permanent peace. Please, the traitor’s group, stop trading Cambodia’s peace with the disastrous “color revolution,” which could mean the destruction of the country and the people living in bloodshed and tears! We are all for peace, and the peace is all for us!